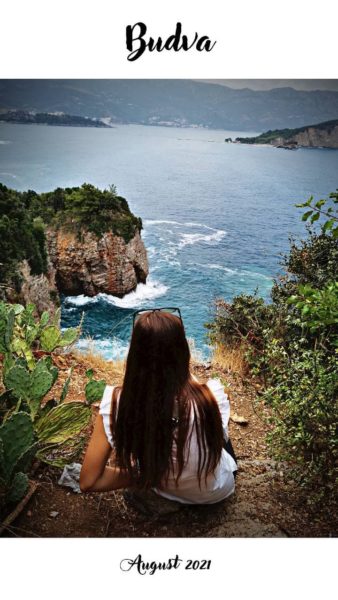 And just a little bit of the history of the city.

The city has a long history, it was founded 2500 years ago. The city itself is not large, about 122 square kilometers. This city has everything – nightlife, a lively promenade, modern hotels and several beaches, but there is one drawback – too many tourists. All beaches are state-owned, but sun beds are all offered in pairs for extra money, but no one will forbid you to spread a towel and sunbathe. The beaches are all either large sandy or small pebbly, so it’s better to take aquashoes with you or buy them on the embankment.

The Old City of Budva has many attractions, perhaps the most important of them is the Citadel. It was built back in 840, in the citadel itself there is an ancient symbol of Budva – 2 intertwined fish looking in different directions. As in any city, there are legends here – two lovers threw themselves into the sea because their parents were against their marriage and turned into fish.

By the way, there is also a second symbol of the city of Budva – a statue of a ballerina with a view of the old town. In the case of this symbol, there is no definite legend, someone believes that this is a monument to the Budva ballerina, and someone claims that it was the bride of a sailor who, out of longing for her beloved who did not return from the sea, threw herself off a cliff.

Our guide called the ballerina a symbol of love and family. A walk to the ballerina is mandatory, as you will see a ballerina dancing in the sea against the background of the old town.

What you should definitely visit in the city of Budva :