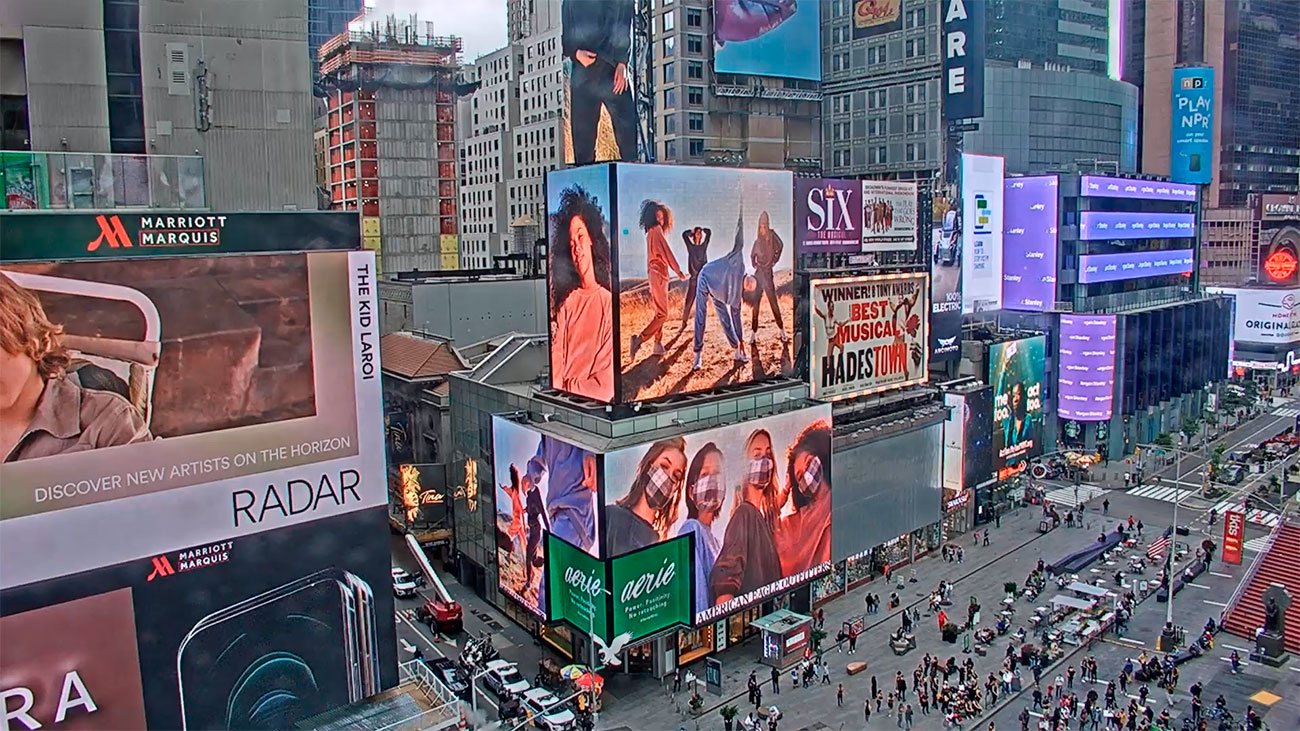 Times Square, located at the intersection of Broadway and Seventh Avenue in New York City, is one of the most iconic and visited landmarks in the United States. With its bright lights, billboards, and constant flow of tourists and locals alike, it’s a true symbol of the bustling and vibrant energy of the city that never sleeps.

Originally named Longacre Square, Times Square was renamed in 1904 after The New York Times moved its headquarters to the newly constructed Times Building, now known as One Times Square. The area quickly became a hub for entertainment, with theaters, music halls, and other attractions popping up in the surrounding blocks. Today, it’s home to numerous Broadway theaters, as well as a variety of restaurants, shops, and hotels.

One of the most iconic features of Times Square is the New Year’s Eve ball drop, which has been a tradition since 1907. Each year, a giant crystal ball is lowered from the top of the One Times Square building as the clock strikes midnight on New Year’s Eve, watched by a live audience of over a million people and televised around the world.

While Times Square is known for its crowds and frenetic energy, it’s also a popular destination for tourists looking to take in the sights and sounds of the city. In addition to the theaters and shopping, Times Square is home to a number of art installations and public events, including the Times Square Art Show, which features works by local artists.

Despite the crowds and hustle and bustle, Times Square is a must-see destination for anyone visiting New York City. Whether you’re looking to catch a Broadway show, do some shopping, or just take in the sights and sounds of the city, Times Square has something for everyone.

In recent years, Times Square has undergone a number of renovations and improvements, aimed at making the area more pedestrian-friendly and accessible. In 2009, the city implemented a “pedestrian plaza” plan, which closed off a portion of Broadway to vehicular traffic and created a more open space for people to gather and enjoy the area.

In addition to the pedestrian plaza, Times Square has also undergone a number of other improvements, including the installation of new LED lights and digital screens, as well as the addition of new seating areas and public art installations. These changes have helped to create a more welcoming and enjoyable environment for both tourists and locals.

Despite the changes and renovations, Times Square has remained a vibrant and iconic part of the city, attracting millions of visitors each year. Whether you’re visiting for the first time or are a seasoned New Yorker, Times Square is a must-see destination that offers something for everyone. So, if you ever find yourself in the USA, make sure to stop by and experience the energy and excitement of Times Square for yourself.