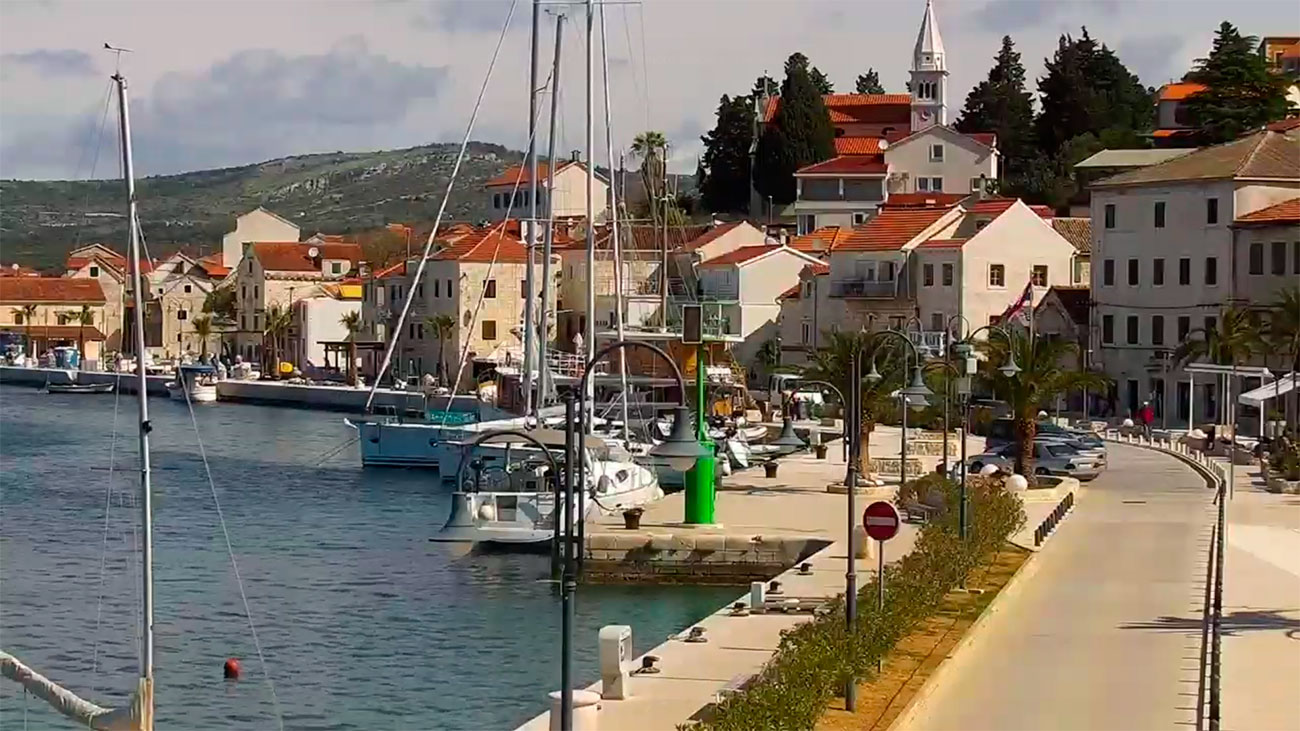 Rogoznica is one of the most popular tourist towns and bays. The length of the city is 35 kilometers , like all cities, it is divided into 2 parts – the old and new city.

The resort town will delight with an abundance of entertainment for tourists, diving , snorkeling, fishing, surfing and windsurfing as well as various types of beach sports. In 1895, the Marina Frapa yacht club was built here, which is considered one of the best on the coast.

What can I see in Rogoznica?

Interesting place Dragon Lake . The depth of the lake is 15 meters and is surrounded by inaccessible rocks. You can swim in it, often jump directly from the rocks. There is a legend associated with this lake – if lovers bathe in this lake, their love will last forever.

The place is perfect for lovers of nature and diving. The park includes 89 islands with an area of 50 square kilometers, the coastline exceeds 238 kilometers. The park impresses with the unique location of the islands, the straits between which resemble a maze of rocks. The flora and fauna here is rich , which is noteworthy on the islands there are no permanent residents. There are 537 species of plants here.

The most interesting places in Kronaty Park :

Tourette Fortress-The fortress has been preserved since the time of the Byzantine Empire (probably built in the 6th century). The fortress was built for military purposes to provide security and control the passage of ships in the then not safe Adriatic Sea.

Corona-a geological phenomenon that is a rock growing directly from the sea. The rocks reach a height of 100 meters both under and above the water. Climbing crowns is strictly forbidden.

Krka Park National Park has a worldwide reputation and is considered the pearl of Croatia. Perhaps the most important object is the Skardinsky Buk waterfall, you can swim at the waterfall, so we recommend taking towels and bathing accessories with you. In general, there are 7 waterfalls in the park.

A remarkable place in the park is the Krka Monastery, which is built over the ancient Roman catacombs.

But this is not all that is on the territory of the park , there is the Franciscan Monastery of Visovac, the remains of the ancient Greek city of Burnum and the ruins of the first Croatian power plant.

We have not listed all the attractions, there are many more, so we definitely recommend the city to visit.