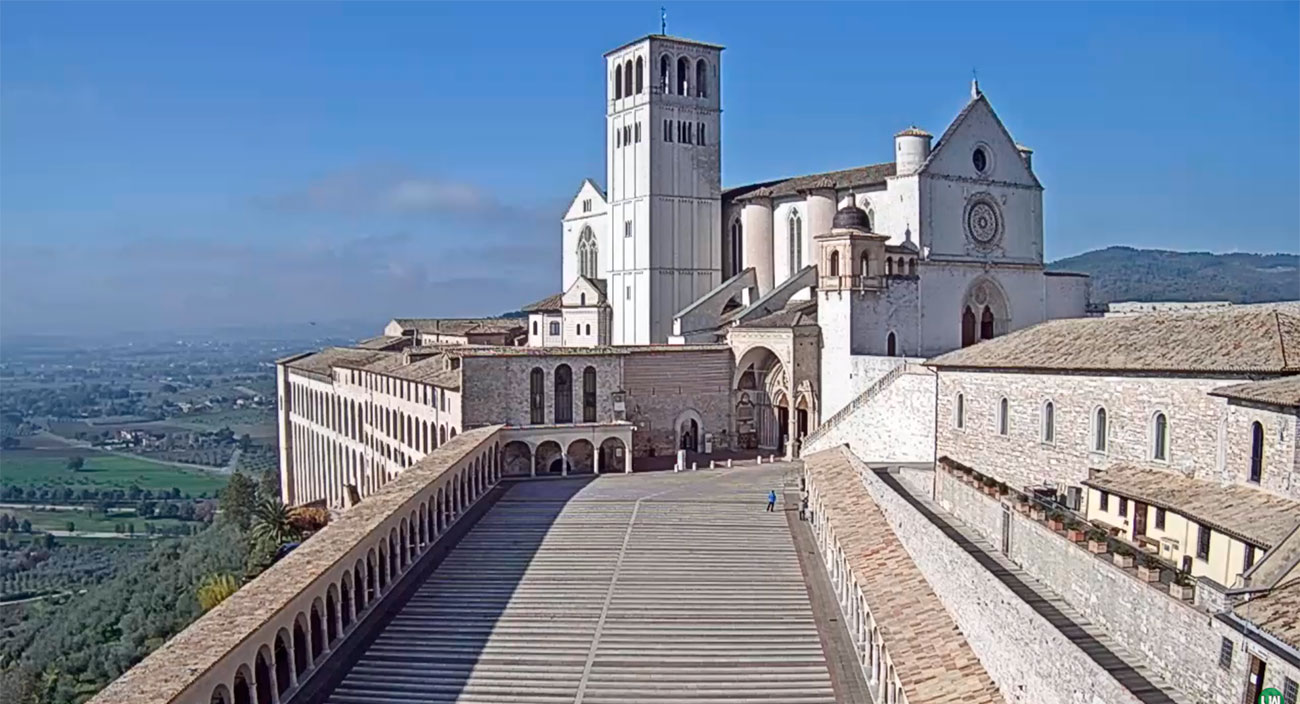 Basilica of Saint Francis in Assisi.

It is one of the six great Catholic basilicas and the main Church of the Franciscans. The Basilica is located in Assisi, Italy and is included in the UNESCO world heritage list.

The Basilica is named after the great ascetic and founder Franciscus of Assisi. Francis came from a rich family and was the sole heir to the entire fortune, but gave up everything to follow the mendicant Christ. The followers of Francis existed in total poverty, followed the sermon and strict obedience-begging did not interfere with the influence of the order and the collection of wealth in the name of the order.

After the death of Francis in 1226, he was canonized and the construction of the monastery began in 28. Construction was completed in 1239 and immediately became the spiritual center for the order. The Basilica is built in the Italian Gothic style, the Church is located on 2 levels. the Church also has a 60-meter bell tower.

The Basilica is also famous for the fact that it was painted by the famous Giotto di Bondone together with his teacher. Giotto-Italian artist and architect became the founder of the Italian school of painting, many tourists come to see the painting of the great artist. This is where the student surpassed his teacher.

In 1997, an earthquake occurred here, 4 people were killed, some of the frescoes from the walls of bazailiki were destroyed and crumbled. Restaurateurs have long and meticulously worked to restore the frescoes, managed to restore 80 % but 20% is forever lost to humanity. Since technological progress does not stand still, there is a unique opportunity to see the lost fragments of the mural thanks to a three-dimensional model broadcast by the Vice-rector – just wear special glasses.

Since 1970, the monastery has been closed and the theological Institute is located here.

Interesting and key facts from the life of Francis of Assisi