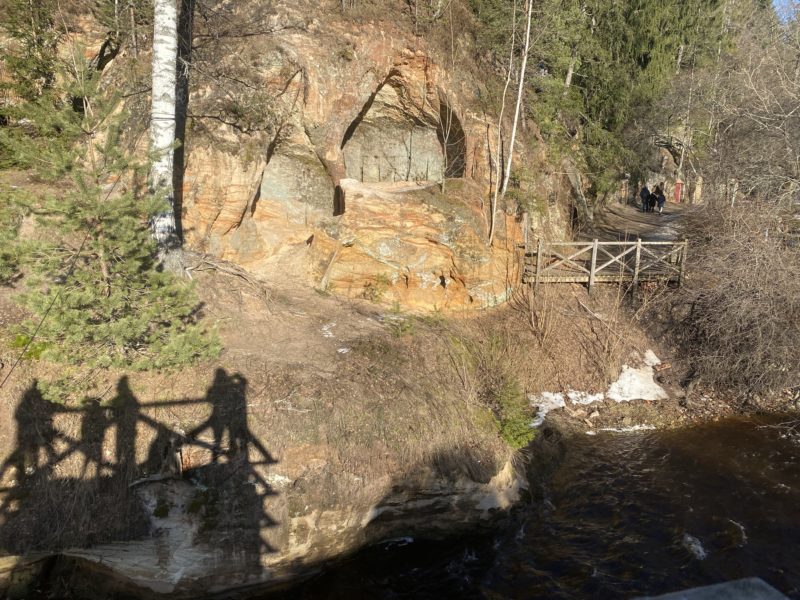 The most famous and most picturesque cliff is Ligatne. The length of the cliff is 140 meters and the width is 3.5 meters.

Locals have a version of why the cliff was named lustuzis. This name was given by fishermen and boatmen because of the rapid S-shaped bend of the river.

Next to the cliff there is a path going up to the observation deck, and there is also a middle level with a path with many small caves. Now some caves are used by locals as cellars. 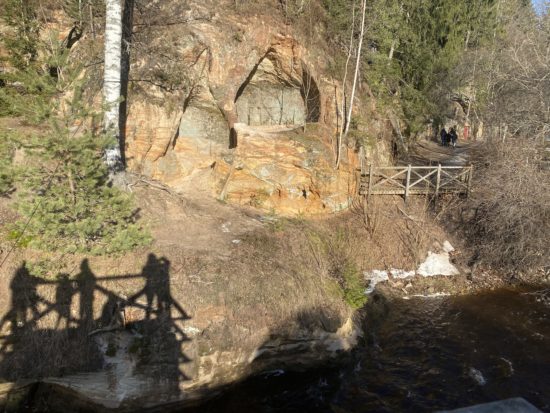 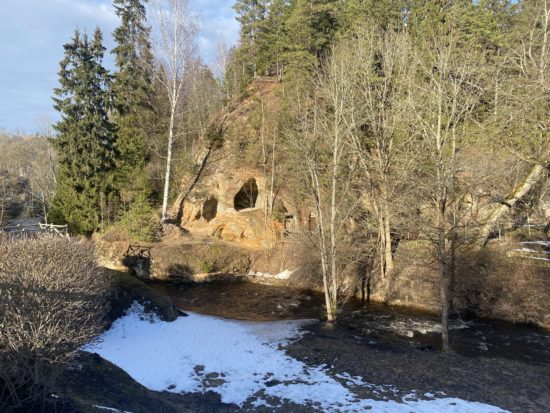