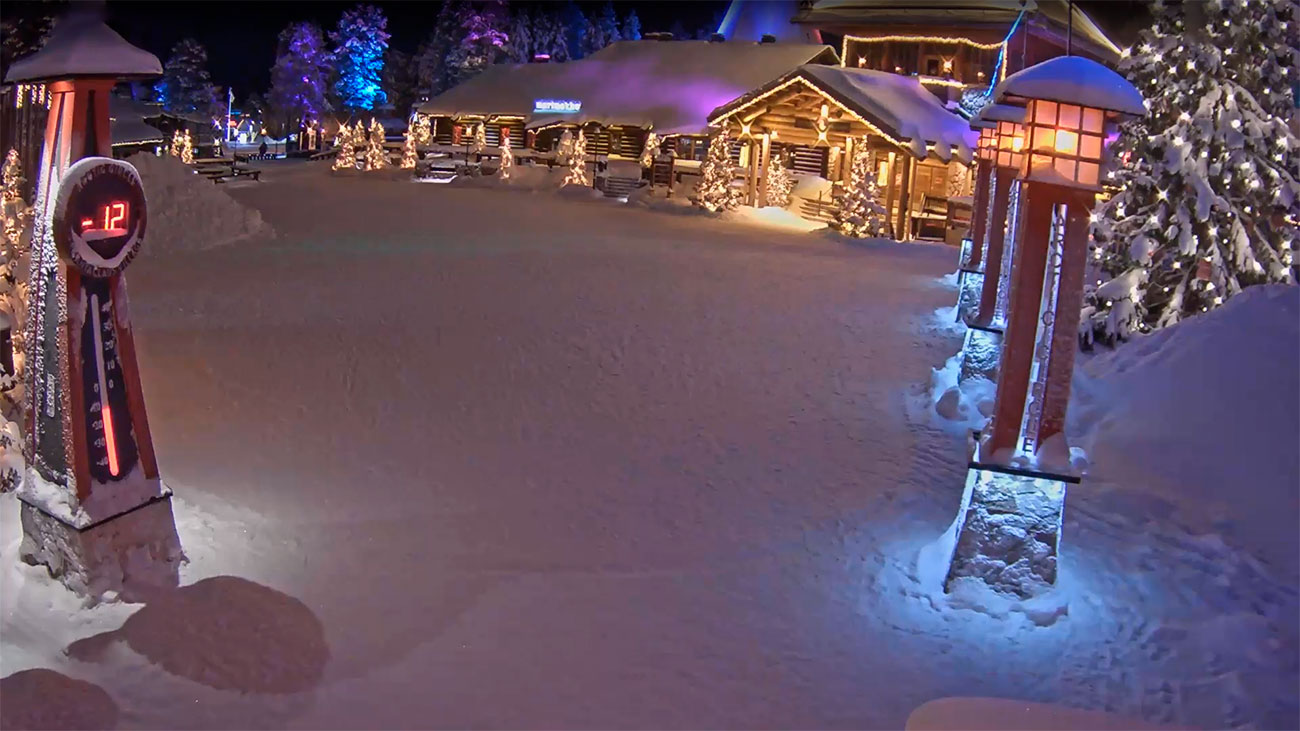 Perhaps one of the most fabulous places . Everyone as a child believed in the good Santa Claus or Santa Claus, this is the place where a fairy tale becomes true.

Santa Claus village is located in Lapland ,and here is the world-famous residence of Santa Claus. It is believed that the Arctic circle passes through the village-tourists even have their own custom, stand on the North side and jump to the South. They jump through the Arctic circle and then open champagne and congratulate each other.

The entrance to the village itself is free , but you will still have to pay for all services in the village. On the territory of the village there are many interesting objects :

Perhaps the most important thing that both children and adults strive for – here is the office of Santa Claus himself. You can get to it all year round , but during the season (December , January), the queues can be long. Santa Claus speaks several languages and he is very happy to receive guests. By the way Santa Claus in Finnish of Joulukuu.

There is a Santa Claus post office in the village, and The famous yolupukuui helpers, the elves, works at the post office. Every year, more than 600,000 mails are sent to the post office from all over the world. The elves sort out the letters and pass them to Santa Claus. While there, you can send a letter to your family and friends , there are 2 mailboxes in the post office, a red mailbox – the letter will be sent for the next new year holidays, or an orange one-it will be sent immediately. There is no extra charge for letters, the rate is the same as in a regular Finnish post office.

There is an icy world of Snowmen here . It is also a very interesting place where you can ride down the hills on “cheesecakes”, snowmen will help you. There is also something like ice caves where there are sculptures , and an ice bar for adult visitors-where you will be offered hot drinks for an additional fee .There is even an ice hotel for thrill-seekers, the temperature there is a couple of degrees below zero.

And of course, how can be village  without deers. The village has its own deer farm. You can ride deer without an appointment, in my opinion it adds magic to the general atmosphere. There is also a Husky Park – so you can ride not only on deers but also dogs ( of course for an additional fee).

There are so many entertaiments so we can’t mention , exhibitions and Snowmobiling, shopping and souvenir shops, restaurants and cafes, hotels. This is a place that is worth visiting with the whole family.