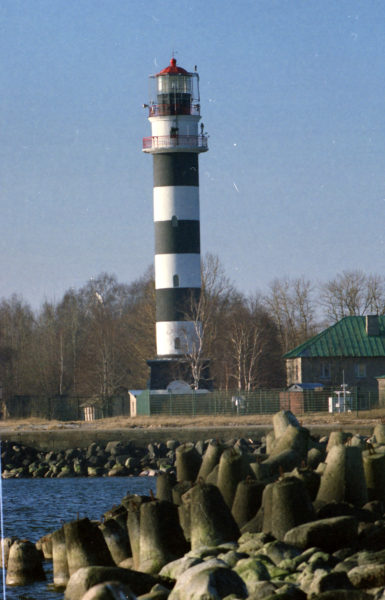 After 1788, it was decided to build a wooden tower on which a fire was already lit. At the beginning of 1810, it was decided to build a railway that would connect the lighthouse with the Dome Church. The lighthouse survived the war of 1812, unlike the forstadts built here, which were completely burned.At the same time , the concept of lighting the lighthouse was completely changed, oil lanterns replaced the bonfire. At the beginning of the Crimean War (1854), it was decided to demolish the wooden superstructure . In the basement they began to keep a cannon arsenal. But in 1857, after the end of the war, the wooden tower was restored. In 1915, the tower was blown up again for strategic reasons, as the front line was inexorably approaching Riga , and the city was not ready for the invasion of the Kaiser’s soldiers.

In 1921, the tower was built in the form of a cylinder-already made of reinforced concrete and the lighting was using a white flashing light. In 1944, the sad fate of the lighthouse was repeated for 15 years , during the retreat of the Wehrmacht troops together with the Luftwaffe blew up the lighthouse. As soon as Riga was liberated in 1945, a temporary wooden tower was built here. But already in 1957, a modern complex was built here with a special fog signal, a radio beacon and a white flashing beacon . The height of the lighthouse is 35 meters above sea level. Now the lighthouse has become a favorite place for the promenade, not only for the residents of this district, but also for all residents of Riga. 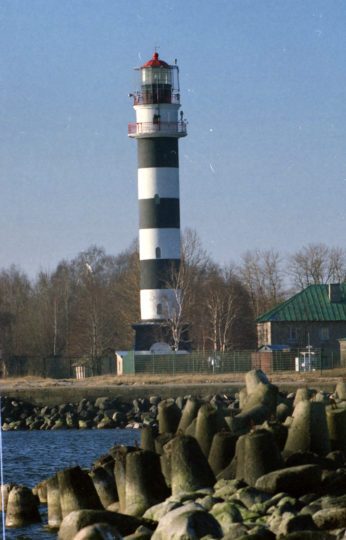 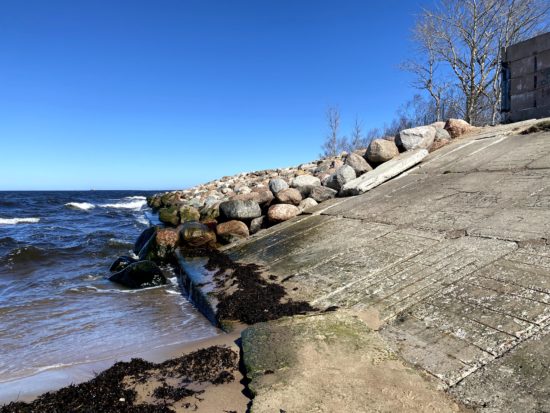 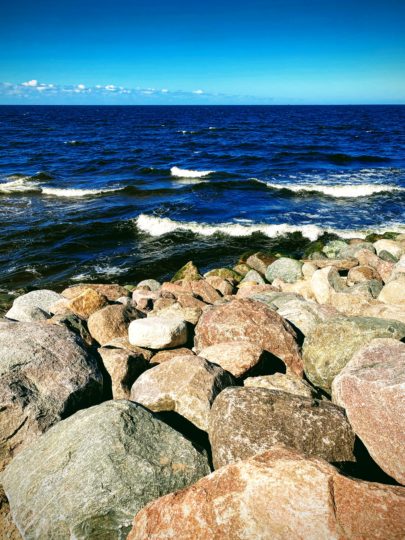