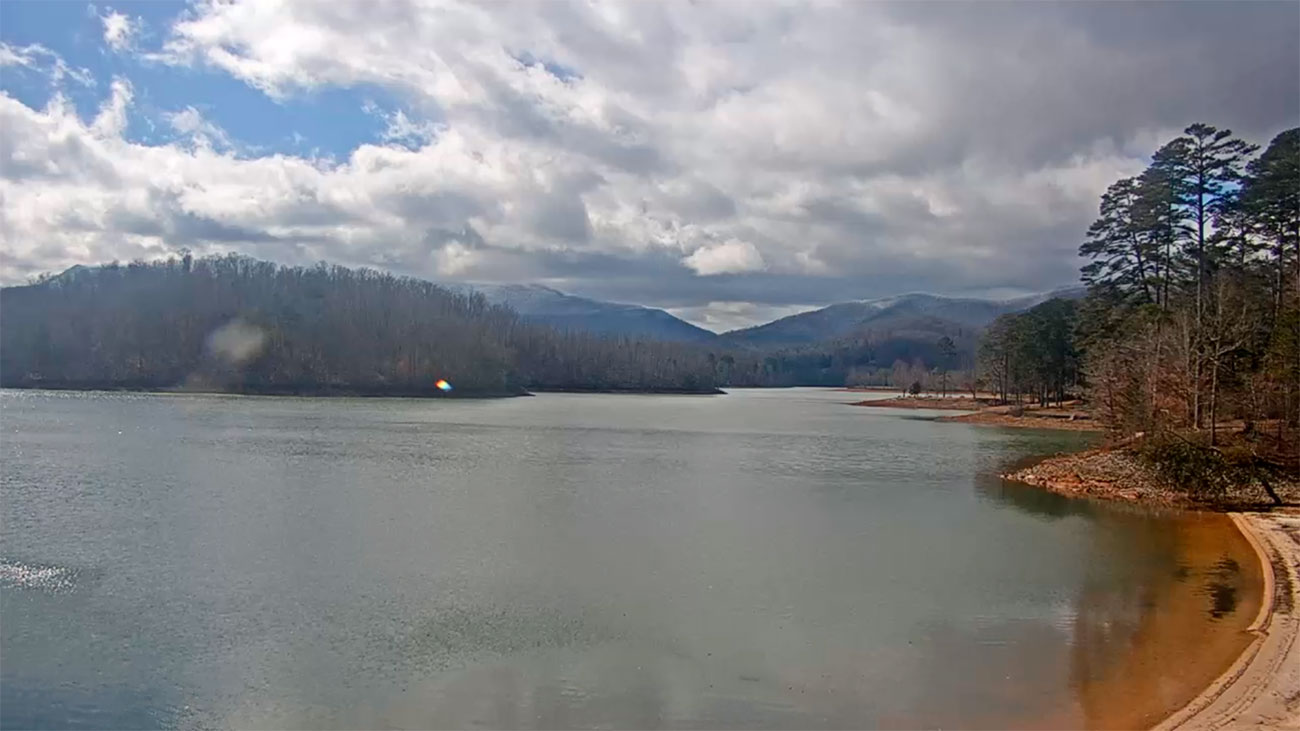 Lake Chatuge is an artificially created reservoir on the dam of the same name, the construction was completed in 1942. The dam is built on the Hiwassee River, was built to protect floods, there is also a generator that gives the dam hydroelectric power.

The dam and its infrastructure are listed on the National Register of Historic Places.

The lake is located in the state of North Carolina, a little about the state.

North Carolina became famous all over the world due to the fact that it was here that country , blues and Cherokee Indians were born. From the East, the state is washed by the Atlantic Ocean. In general, the area of the city is very interesting in the center of the state-a plateau and a wooded area, the eastern part is considered to be a resort-coastal, in the western part mountainous terrain. It should be noted that the coastal part of the state is subject to severe thunderstorms and tornadoes, but fortunately they are rarely destructive.

Due to its diverse geographical landscape, the state is very popular with tourists, both winter and summer entertainment are available here at the same time, you will agree that not every area can boast of such an abundance.

North Carolina is home to one of the most visited national parks – the Great Smoky Mountains.

Every year, the park is visited by more than 9.5 million tourists, there is a unique flora and fauna, a huge number of attractions related to the Indians and at least 150 tourist routes stretching more than 1300 kilometers.

The place got its name (Smoky Mountains) because of the fog coming down from the mountains-resembling huge clouds of smoke. This phenomenon can be seen after a heavy rain or early in the morning. For the convenience of tourists, there are a large number of campsites, there are no hotels here, and by the way, there is no electric and water line in the campsites.