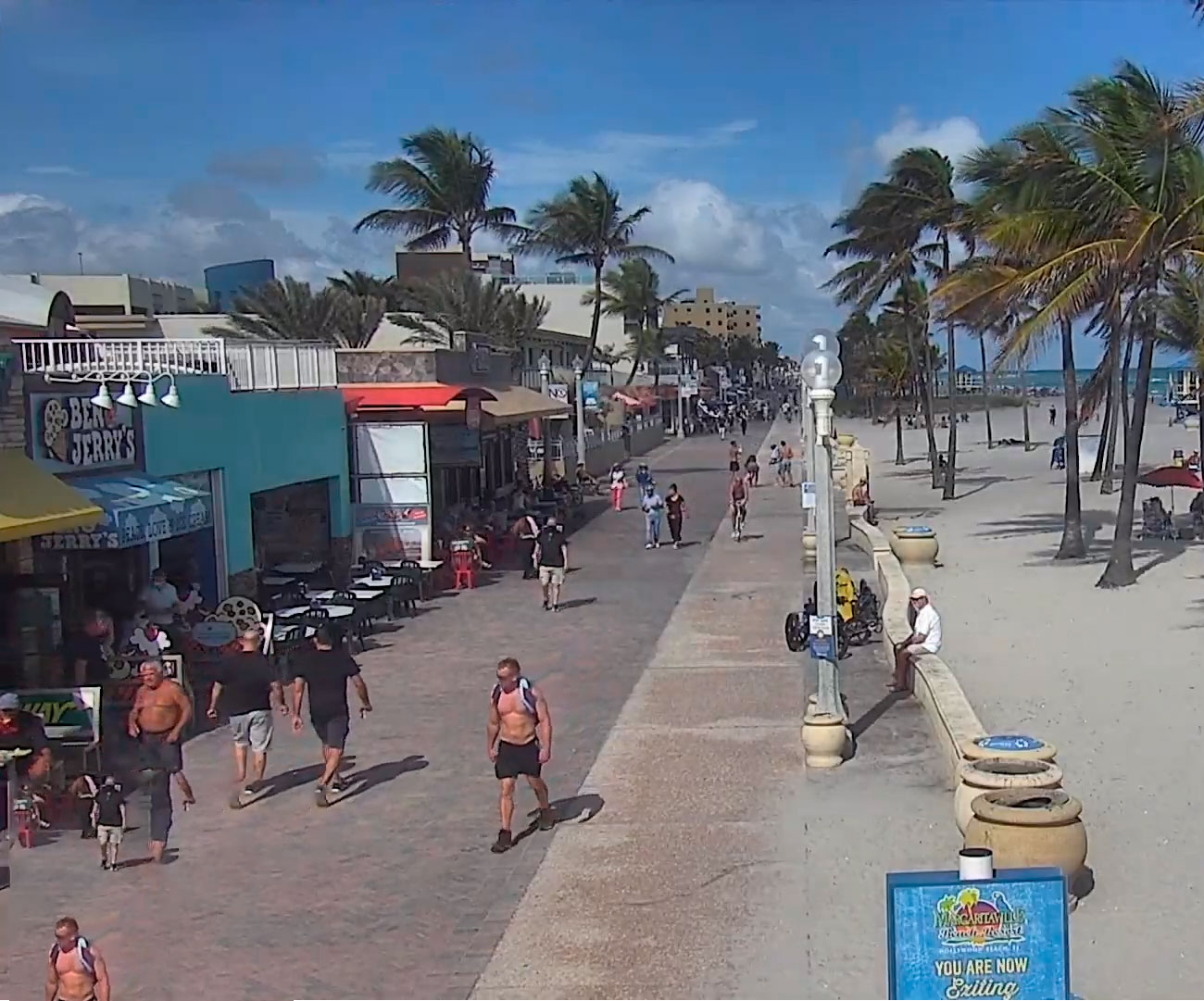 Holywood Beach is a promenade just over 4 kilometers long on the coast of the Atlantic Ocean in the state of Florida. On the boardwalk itself, there are many cafes, bars, restaurants, a wave-simulating surf slide , a pedestrian and bicycle path.

According to one of the American magazines , Holywood beach is one of the best promenades in America. The beach here is awarded the blue flag. The promenade is located in the small tourist town of the same name , the weather here is conducive to a beach holiday throughout the year.

The state of Florida is known to everyone as the sunny land, the land of oranges and beaches. It is in Florida that such studios as Disney World and Universal Studios are located. Florida is surrounded by the ocean and is one of the largest port cities.

For space enthusiasts, there is a unique opportunity to visit the Kennedy Space Center. This place is interesting because it is not only a museum but also a cosmonaut training center and an active cosmodrome, 100% immersion in the subject is provided.

The park itself is divided into several zones . In the first zone, you can get acquainted with the life of astronauts, walk through the rocket park and see the most famous of them. You can join the bus tour and see the space rocket assembly hall . For an additional fee, you can visit the mission control center and personally communicate with a person who has already said the well-known word “Launch”37 times.

In another section of the park, you can dive into a lunar expedition, here is the famous Apollo capsule . Thanks to the 3d cinema, you can even see the launch of Apollo 8.