An interesting fact is that 200 years ago it was impossible to approach this gate but only to swim up by boat. Such an embankment as we see now simply did not exist.

The current sea gate was founded north of the previous gate, which sank as a result of an earthquake. In 1945, the gate was destroyed again, as a result of the capture of the city by the Communists .

Right now, on the gate, we can see the date of the liberation of Kotor from the Nazis and the words of President Tito – We don’t need someone else , we won’t give up our own.Inside the gate is a relief of the Virgin Mary, surrounded by the patron saint of the city, Tryphon, and Saint Bernardino of Siena. 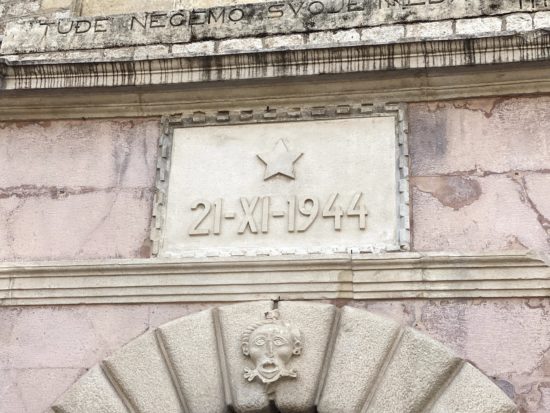 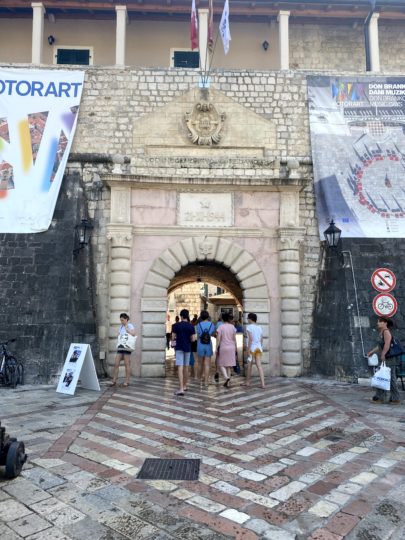