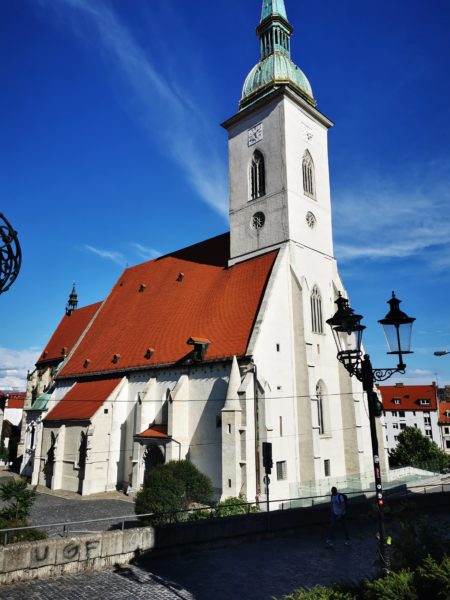 St. Martin’s Cathedral is an important historical and architectural structure in the city of Bratislava, Slovakia. Construction of the cathedral began in the 13th century and was completed in the 15th century. It is one of the most beautiful and significant cathedrals in the country. The largest church in Bratislava, it was consecrated in 1452. When Bratislava was the capital of Hungary, it was here that the first Hungarian king was crowned. From that time until 1830, 10 kings, 8 royal wives, and the Empress Maria Theresa were crowned here. In Bratislava, the tradition has remained to this day – on the first Saturday of September, the next coronation takes place here, the day of folk festivities in Bratislava.

In the cathedral, in addition to the chic decoration, you can see ancient gold dishes, the clothes of the clergy embroidered with precious stones and ancient books written by hand.

Attractions of the Cathedral

St. Martin’s Cathedral is known for its outstanding architecture and elegant stone work. It was built in the Gothic style, and features original facade decoration. Inside the cathedral there are also many valuable works of art, including beautiful window frames and an ornate altar. 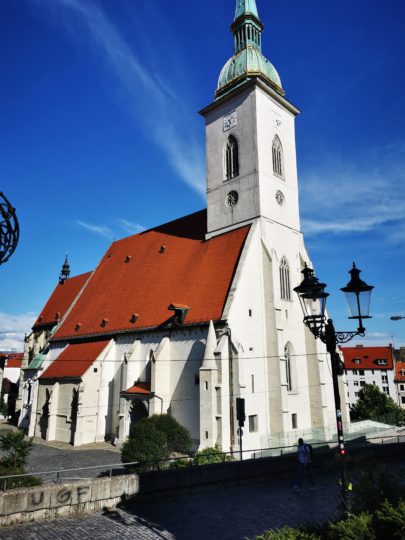 How to get to the Cathedral

Overall, St. Martin’s Cathedral is one of the most important attractions in Slovakia and is a must-visit for those interested in history and architecture. Its beauty and historical significance will not leave you indifferent, and will remain forever in your memory.