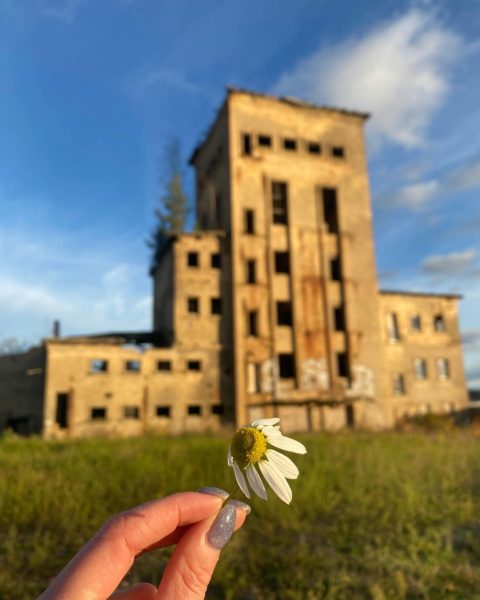 History of the Factory.

In general, the city of Sloka was created by its industry.The history of the Sloki pulp and paper plant begins in 1896.During World War II, the factory was badly damaged and destroyed.After the war, the factory was rehabilitated and modernized because of its economic potential.Just think of it as a 40 hectares area.In 1965, the plant had 4 thousand workers producing 41 thousand tons of pulp and 67 thousand tons of paper each year.In the 1990 s, the factory owned 8 expensive paper-making machines, and it was the Sloka factory that provided perforated paper to the entire USSR.(* Perfcarts – medium of information from thin cardboard who are interested in details Google).
In 1994, the plant was closed due to many factors. One of them – since the plant is located on the Lielupe River and the entire territory was polluted with production waste, this began to carry an environmental hazard. 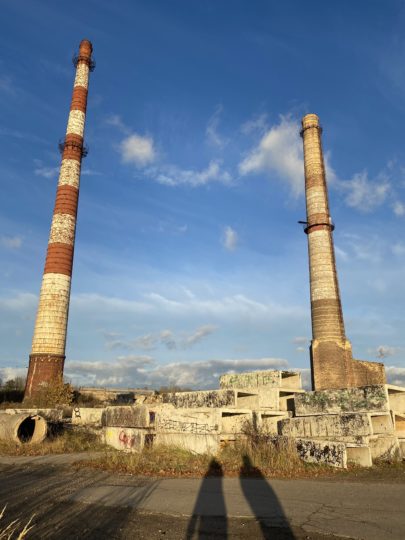 In 2004, the first attempts to do something began here, but due to the fact that this territory has more than 40 owners, the business stopped. In 2009, the Jurmala City Council and the Sloka planning group “Group 93” decided to resume attempts to put the territory in order and even re-equip it. But unfortunately, it ended up simply with the demolition of 85% of the buildings.

The location itself is suitable not only for lovers of urban walks, here you can take very interesting shots or record a video, where else can you find such a post-apocalyptic landscape?

Such a walk stood out, unusual – in some ways historical, in some ways frightening (by its kind of devastation), but definitely interesting. You can find a more detailed article about this place in our blog.

If you want to see an overview of any place in Latvia feel free to contact us via the contact form – we will be happy to.