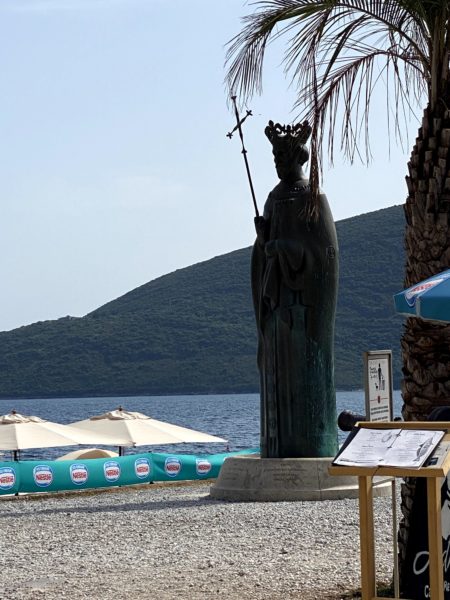 Right on the embankment, next to the beach and the fortress in the city of Herceg Novi, there is a monument to King Stefan. Stefan is considered the founder of this city. Stefan the First Tvrtko was the king of Croatia , Bosnia and Dalmatia.

Under him, the level of influence on the policy of the Balkans, his state was second only to Hungary and the Ottoman Empire.