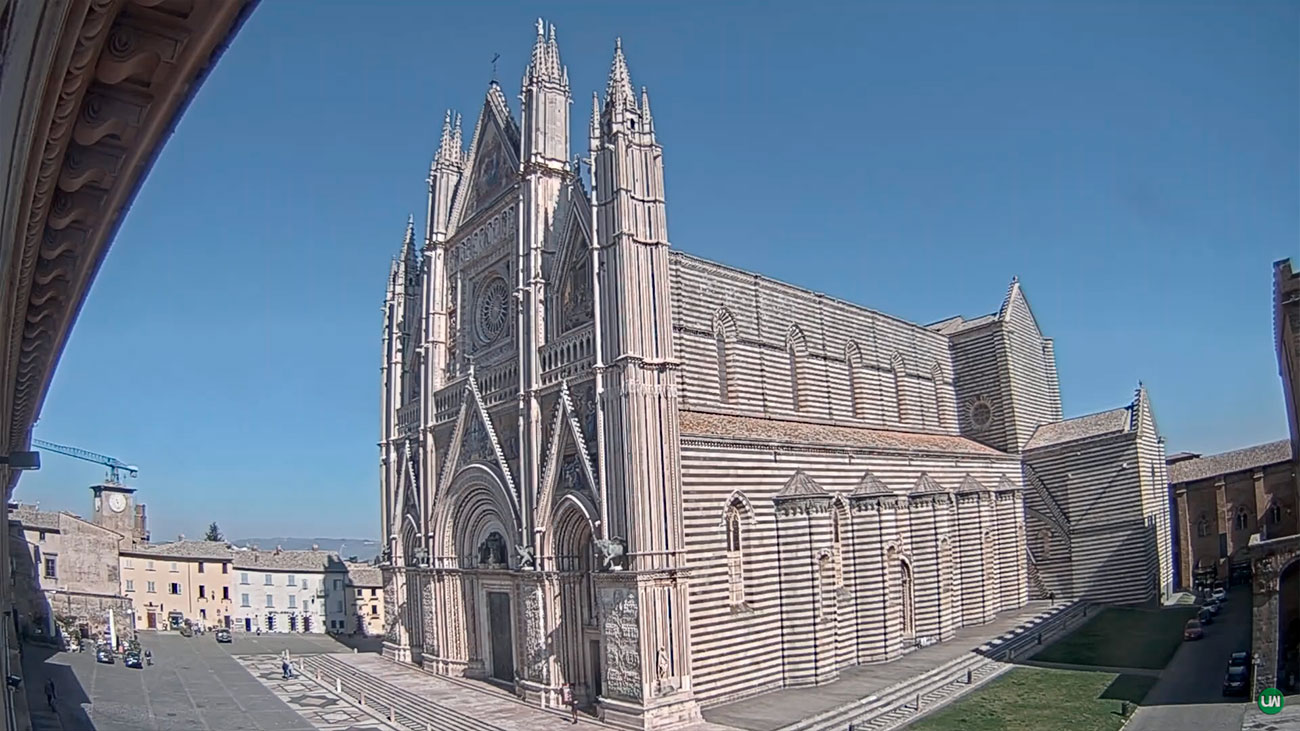 Orvieto is not a big city in Italy, in the Umbria region.

History of the city

The city was founded in the Etruscan era , at which time it was one of the most important cities of the Etruscan civilization.

Then the city was captured by the Roman Empire , the episcopate was transferred to the city, which added importance to the city. In the 10th century, the town became a commune. Later, Tutu was settled by the Pope’s nephew Filippo Alberici and became the consul of the city.

For several centuries the city was under papal control and only in 1860 it became part of Italy.

One of the attractions is the remains of the Etruscan ruins, even a piece of the wall ,which is more than 2000 years old, has been preserved.

There is an underground city under Orvieto . This is a maze of caves and tunnels dug by people in the rocks. For a long time, the city was a secret – now anyone can visit a group tour.

Since the city was Papal, a Papal residence was built and preserved here . The residence has an interesting object-the well of St. Patrick. The well is 53 meters deep and 13.4 meters in diameter. The well was built by the architect Sangallo, by order of Pope Clement the 7th. After the sack of Rome in 1527 , Clement hid here and was afraid that in the event of a long siege, water would not be enough.

And perhaps the most important attraction that our camera is aimed at is the Duomo Cathedral.

Its full name is the Cathedral of the Assumption of the Virgin Mary in Orvieto. The cathedral was built in honor of the miracle that occurred . According to legend, the traveling wanderer strongly doubted the reality of Transubstantiation , but in the cathedral of Orvieto, he saw his host bleeding so much that it stained the altar cloth. Now the fabric is stored in the Cathedral.

The church towers over the city, has a large rose window , three large bronze doors, gold mosaics, and two small chapels with frescoes. The best Italian masters worked on the frescoes and depicted the Day of Judgment. The Cathedral has 5 Renaissance bells.