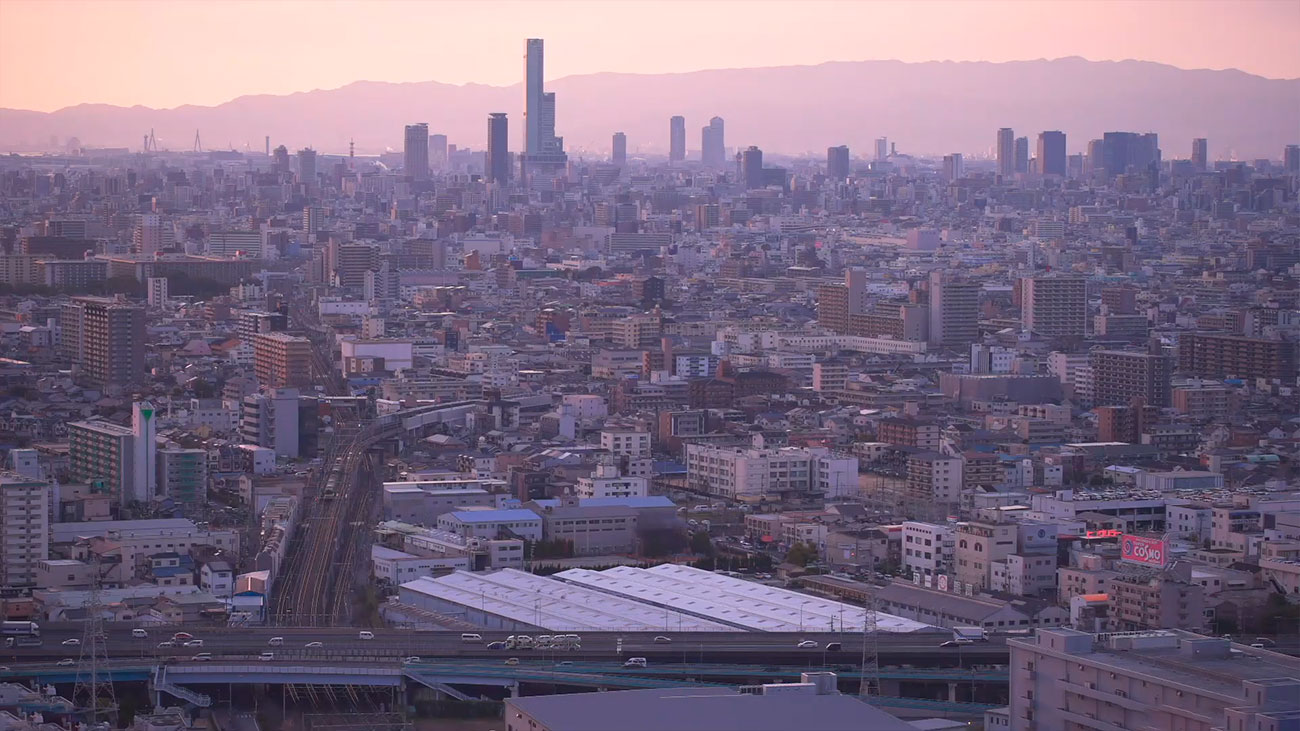 Osaka is the third largest city in Japan, with a population of more than 2,685,481. Osaka is located right in the center of Honshu Island.

History of the City

Initially, the city was called Naniwa , and was the capital of Japan with the imperial palace. The city was located at the intersection of important trade routes. In the 13th century, the city ceased to be the capital, but remained a major trading city and an international port. In the Middle Ages, the development of the city stopped, which led to its decline. In 1496, a monastery of one of the Jodo-shinshu sects was built on the ruins of the former imperial palace . Thanks to this, a city called Osaka began to form around the monastery.

To see all the sights of Osaka is not enough for a week , we will tell you about the most popular .

The most recognizable building in Japan is the Umeda Sky Building. The building was built in 1993 by architect Hiroshi Hara. On the roof of the building there is a beautiful garden with fountains.

The hallmark of the city is the castle and the city Hall of Osaka. Ancient architecture , beautiful interiors and picturesque gardens around the buildings.

One of the most interesting museums is the Coinage Museum. Here you can get acquainted with the minting of coins in Japan. Another must-visit is the museum of ceramic products made by local craftsmen.

The city is also known for its modern bridges, perhaps the most popular is the Ebisu Bridge. The bridge has a very unusual shape – it is completely round, and connects two shopping streets. The area around the bridge is a popular place for recreation among the citizens .

There is a unique building Gate Tower – through this building passes the aboveground expressway, the road passes at the level from the 4th to the 8th floor.

This is only the smallest part of the local attractions.