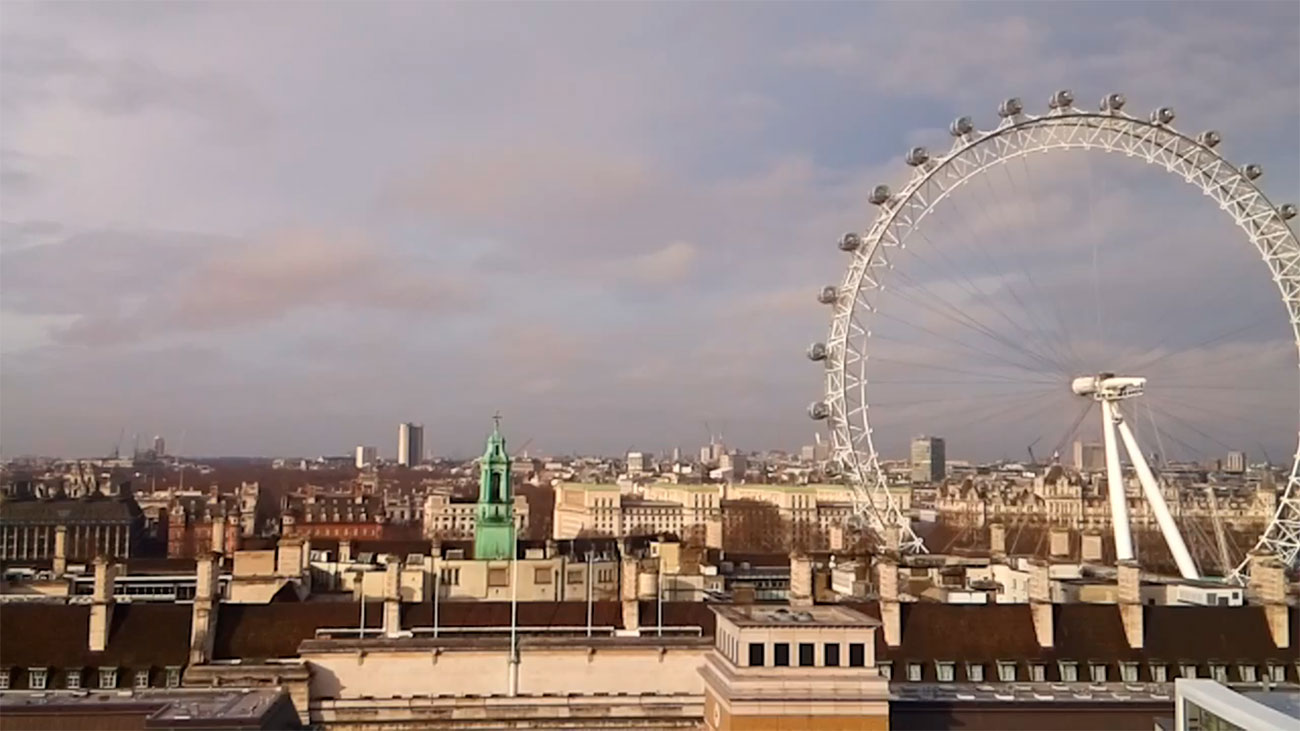 The history of the origin and the stages of construction are very interesting, so in London, preparing for the entry into the new millennium (2000), a competition was announced for the best temporary structure, the winners were to receive funding for the construction. One English couple who participated in the competition presented the idea of building a large Ferris wheel in the center of London – but they still did not win the competition . The couple did not despair and still found investors.

The entire structure was transported on barges along the Thames , and the wheel was assembled in a horizontal position on a temporary platform directly on the Thames. When the wheel was fully assembled, it was raised at 2 degrees per hour .

The height of the attraction is 45 floors – it is 135 meters and the weight of steel in its construction is 1700 tons. If the weather is clear, then from the highest point of the wheel it is fashionable to see the panorama of London for as much as 40 kilometers . It is believed that it is thanks to the fantastic review-it got its name the London Eye.

The attraction has 32 fully enclosed capsules, with internal air conditioning. The weight of one capsule is 10 tons, it is made in the form of an egg. The 32 capsules represent the 32 boroughs of London , with a maximum capacity of 25 people per capsule. If you want, you can rent a whole booth for yourself – but it is better to find out about this in advance , since the wheel is popular not only among tourists but also among local residents.

One turn of the wheel takes half an hour , the wheel stops during operation only in the case of exit and landing by people with disabilities .

The wheel looks beautiful not only during the day , but in the evening it is illuminated by LED lighting from the famous Color Kinetics company.

A couple of interesting facts about the London Eye