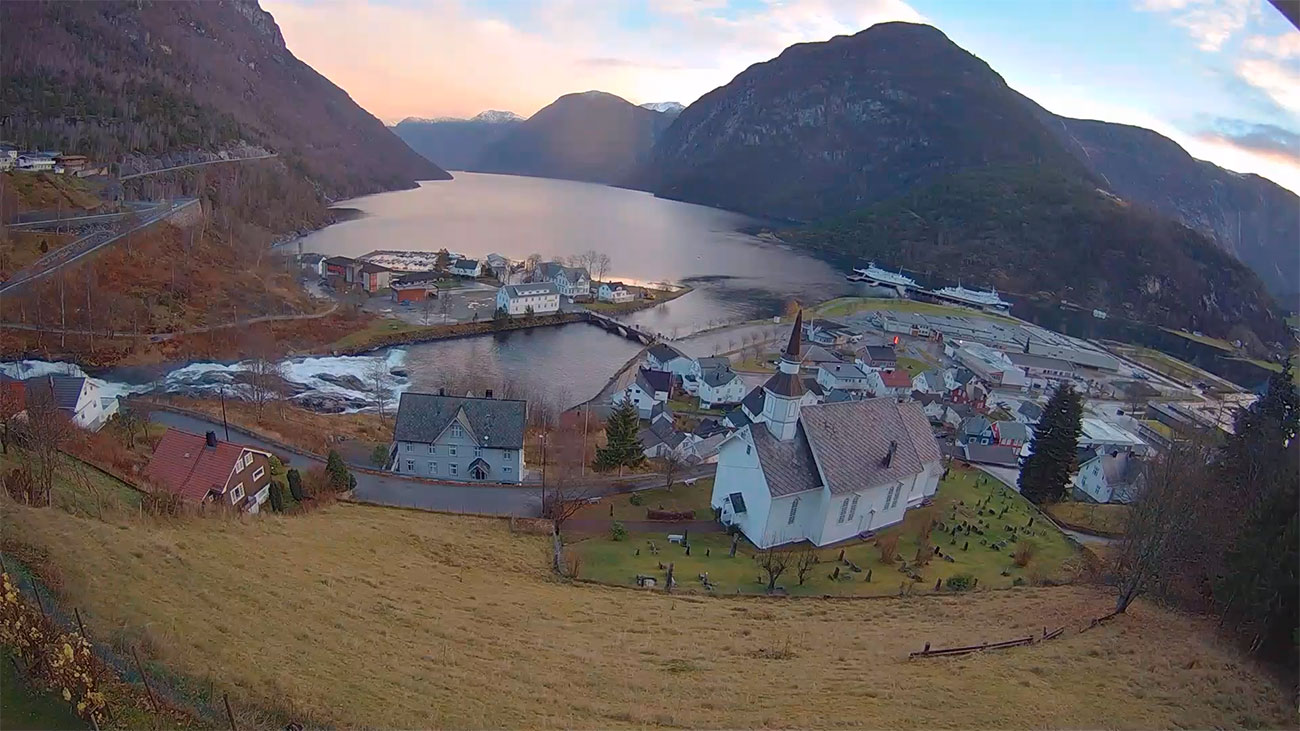 Hellesylt one of the small Norwegian villages which has won the hearts of tourists from all over the world. The population is only 250 people. What can be remarkable about a Norwegian village ? The fact is that there is a UNESCO heritage site nearby: Geiranger fjord. In ancient times, the land located high mountains were considered sacred, but now there are many tourists. Geiranger Fjord is not the only place that is notable for tourists. There are many Hiking trails, waterfalls and glaciers.
One of the wonders of nature is located right In the center of the village, the Storfossen Waterfall. In the South-West there is a crystal clear lake with a depth of 514 meters, the deepest in Europe, it is located at an altitude of 53 meters above sea level.
Cruise ships arrive at the village for 2 hours, which is enough time to explore the entire village — but if you want to stay longer, there are many hotels on the lake and in the village for the convenience of tourists.
It is also home to the famous Dalsnibba mountain, which is the highest observation deck in Norway. The height of the mountain is 1,476 meters, the observation deck is open only a couple of months a year — the rest of the time it is closed due to snowfall and high snow levels. Therefore, before you travel, carefully study this issue.
Interesting facts about Norway:
all Norwegians speak at least 2 languages — Norwegian and English.
In Norway, you will not see garbage on the streets.
Norway is ruled by a King.
Alcohol is sold only in specialty stores and it is very expensive.
On the roadsides of the road you can see tents with vegetables and fruits, on the table is a can -pay for what you took and no one checks. Deception is not accepted in Norway.
In Norway, electricity is very expensive, the electricity bill for a family of 4 people can be a thousand euros.
You don’t go to visit in Norway without an invitation.

Norway stream from the Bergen Line