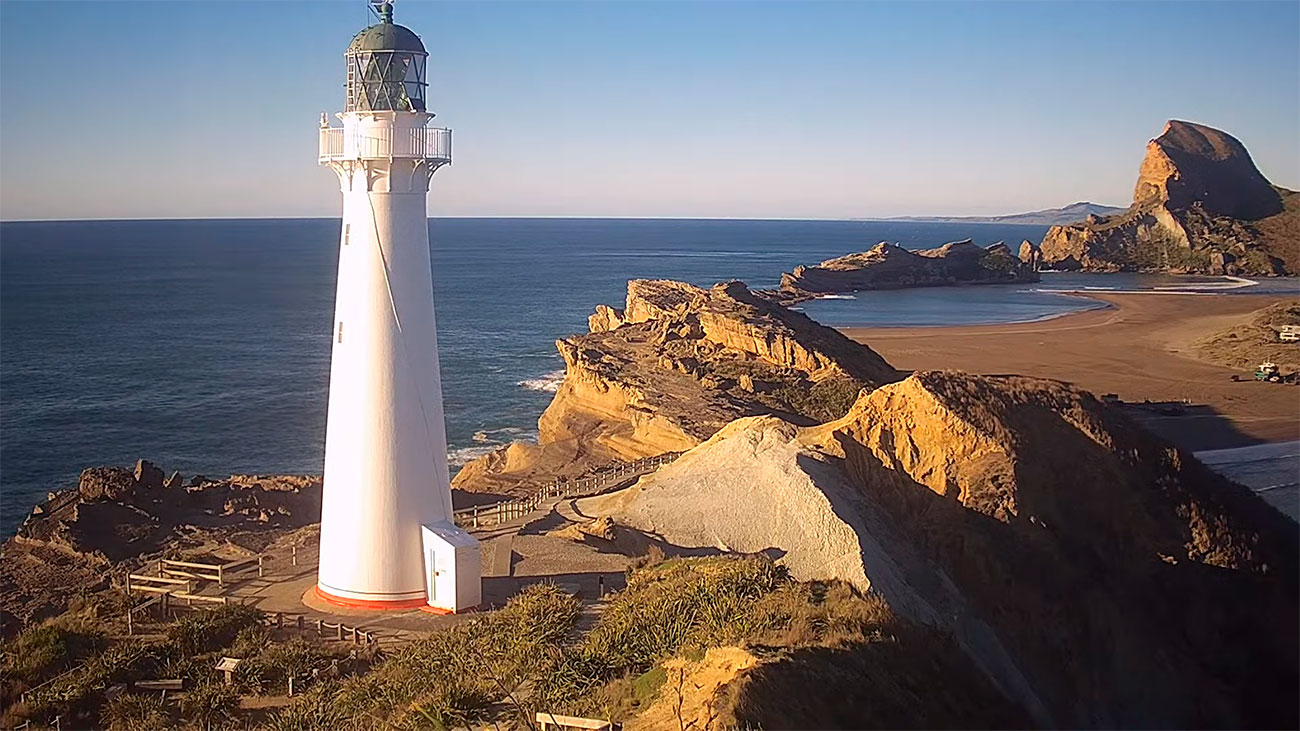 The lighthouse is located not far from the village of the same name, the height of the lighthouse reaches 52 meters.Tourists are attracted to this place by the unique scenery that opens from its observation deck.It is noteworthy that the lighthouse is located not far from the capital of New Zealand-Wellington.
Wellington also has the nickname “city of the winds”, it is very windy, often there are storms and showers.Summer in New Zealand is the time from December to February and the average temperature is +25 degrees and the rainy season comes in the new Zealand winter- (June-August).
Wellington will be interesting for outdoor enthusiasts, nature reserves and naturalists.Nearby are Islands that are declared nature reserves , some of them require special permission from the Department of nature protection.After receiving it you will be able to admire the previously unseen birds and animals — it’s worth it.
Wellington combines seemingly incompatible things-fashion boutiques, fashionable restaurants, but if you are tired of the hustle and bustle of megacities within a 15-minute walk of the ocean coast or mountain hills.
Wellington is not only a cultural city but also an economic and financial center.Many international companies , the stock exchange and the national Bank are located here.
Another notable fact is that this is also the cinema center of New Zealand,where many famous film studios are located-one of them is paramount.
in 20120, Wellington received the title of the most environmentally friendly city, as well as it is the second most populous city in the country.Fans of” the Lord of the Rings ” come here to see firsthand the filming locations of the famous film.
Interesting facts about New Zealand :
There are no nuclear power plants in New Zealand, and the country’s authorities have declared a nuclear-free status.
In New Zealand, it is allowed to drive a car from the age of 15.
New Zealand is considered the safest country in the world.
More than 400 earthquakes occur here every year.
All the Lord of the Rings movies were shot here.
3 the highest positions in the country are held by women.
On average, each resident of the country has 8 sheep.
The average age of a resident is only 36 years.