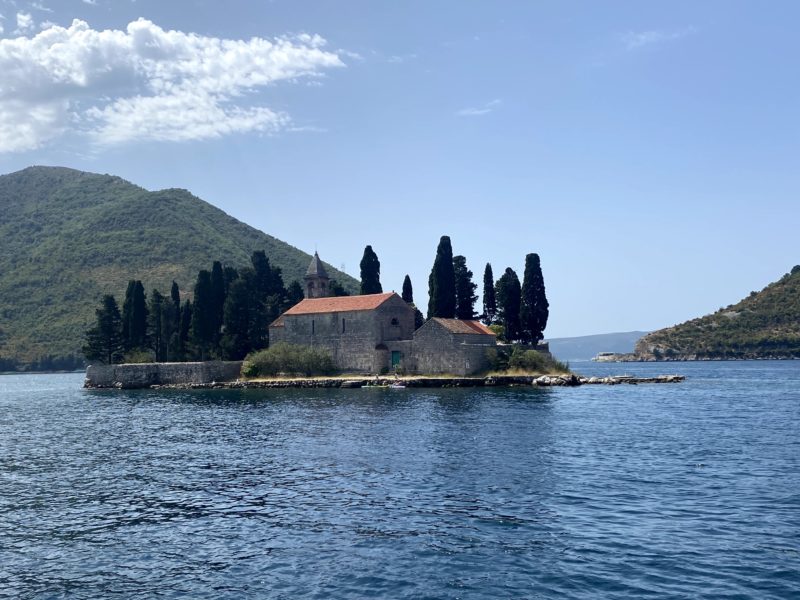 The island of St. George is considered one of the most mysterious places in Montenegro. All because the history of the island is very sad and even tragic. Originally in the 9th century there was the Abbey of St. George, its building was completely destroyed due to pirate raids, fires and earthquakes. But it was not possible to restore the former appearance.

The second name of the island is very gloomy-the island of the Dead. For a long time on the island of ship captains and wealthy indigenous residents of the city of Perast.

Once there was a nautical school on the island where noble children studied, including children of Russian nobles – Peter the Great was their patron.

A sad legend is connected with this island. According to legend, a young soldier who participated in the battle for the island shot in the direction of Perast and accidentally hit the house where his beloved lived. The girl was seriously injured and died. The soldier fell into despair and took a vow of monasticism , but after, unable to bear the spiritual, he died on the grave of his beloved.