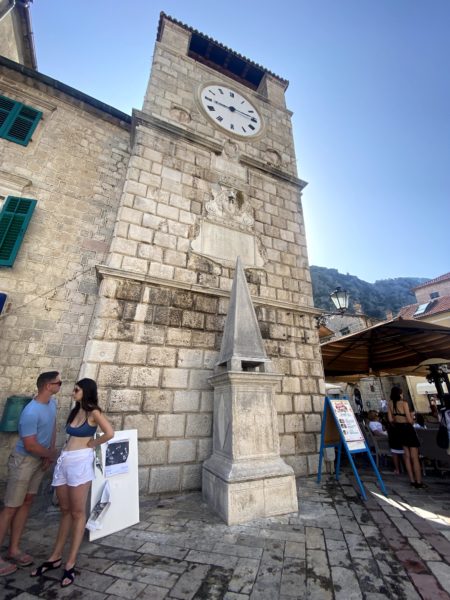 One of the symbols of ancient Kotor is a stone clock tower. The history of the tower dates back thousands of years , the tower was erected in 1602 by the governor Antonio Grimaldi. In memory of this, the initials AG are engraved above the entrance door to the tower .

The tower was rebuilt more than once due to numerous earthquakes, so the styles of construction also changed. The clock tower consists of 5 tiers, three of which are above the ground and one below.

Historians are sure that the tower was originally several tiers higher , but due to numerous reconstructions it lost its height.

What do you think can connect the famous Leaning Tower of Pisa and the Tower of Kotor? The clock tower in Kotor tilted from the vertical axis by about 20 cm .

Of course, today the Clock Tower has lost its main significance, but it has become a beautiful architectural monument.