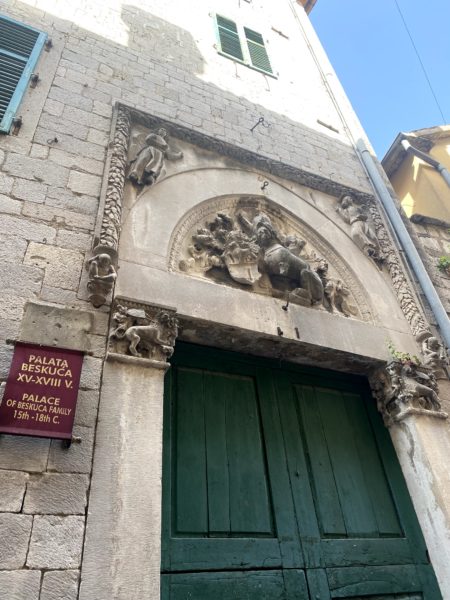 In old Kotor, every street and every square is an architectural monument. Walking along the narrow street connecting the square of Weapons with the square of Flour, pay attention to the four-story building. This is the Beskuch Palace. The architectural design of the palace is quite simple, built of hewn stones of Korcula with a small number of decorative elements.

Despite the fact that the portal is partially destroyed, yet individual elements on it can be clearly seen and admired to imagine how it looked originally.

At the beginning of the 19th century, the Beskuchey dynasty gradually and the palace became the property of the municipality of Kotor. 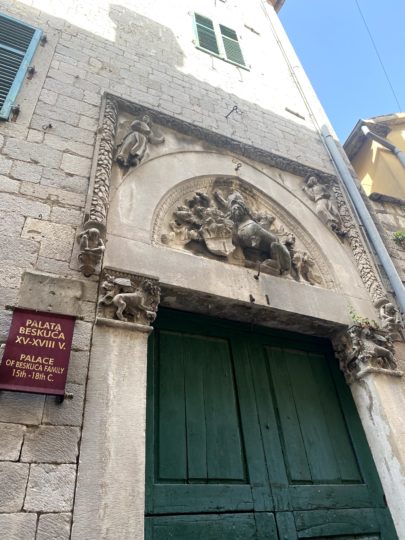 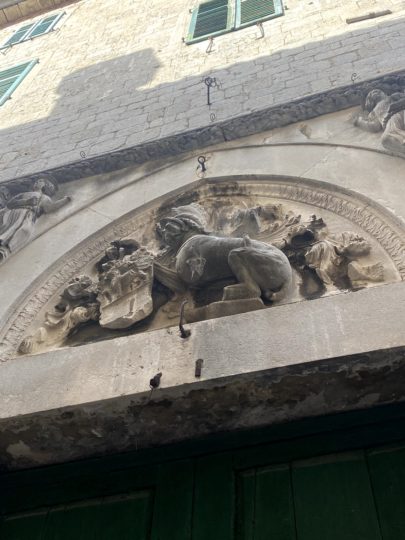 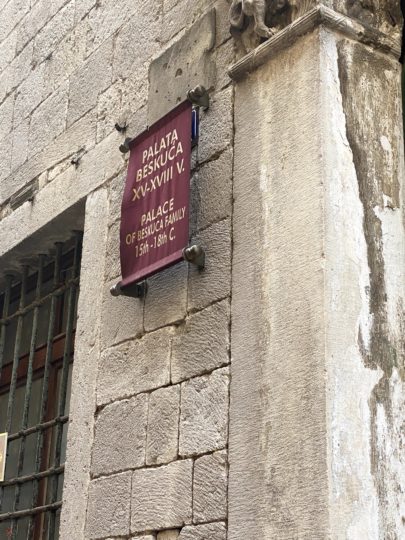