A dancer from Budva 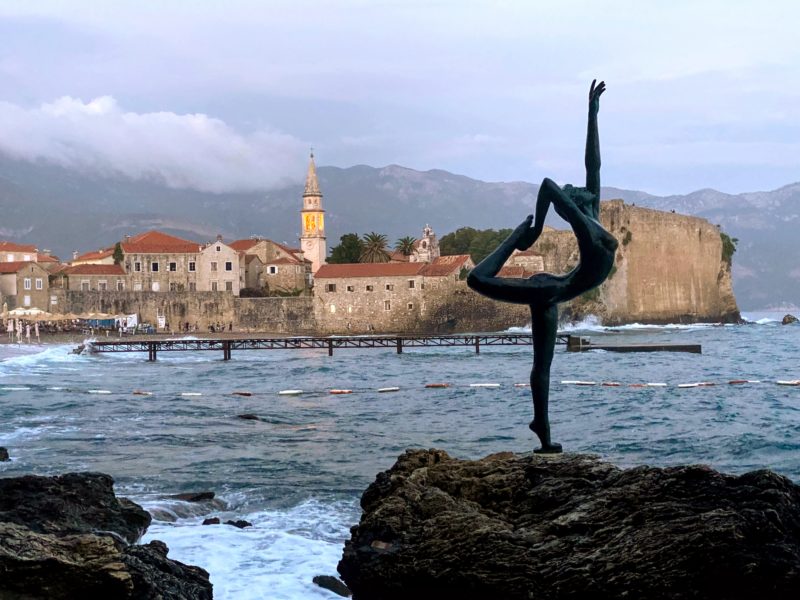 One of the most famous statues and a business card of the city of Budva. The image of a dancing girl against the background of the old town can be found everywhere , there are many pictures on the embankment, on postcards and guidebooks.

Legends differ about what and to whom the monument is dedicated, we will tell about the most popular:

According to one version, this is a sculpture of one of the Montenegrin gymnasts who fell from the local rocks to her death . Someone will tell you a story about a young couple who were attacked by a shark while swimming in the sea and only a girl managed to survive.The girl came to the shore every evening and waited for her beloved to come out of the water , but no miracle happened.The girl could not bear the tragic separation from her lover and took her own life.Then a statue was installed here in memory of pure love. They even say that there is a sign about the death of a young man in these places in 1935.

Someone believes that the statue is dedicated to the daughter of one of the local rich people – she went swimming and never returned.

And there is a version that this statue is dedicated to the sailor’s girl , after her beloved went to sea, the girl came to the shore every evening and peered into the distance waiting for a snag. But the ship never returned and the girl grew old and died while remaining faithful to her lover. 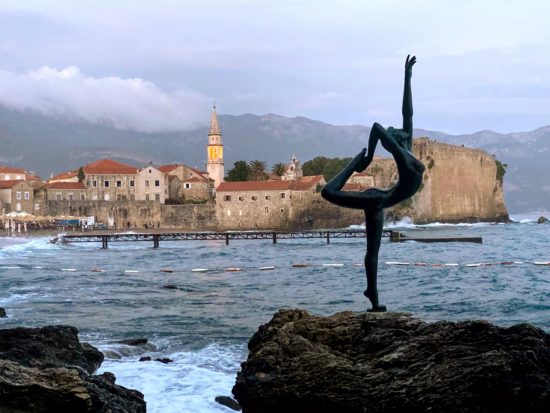