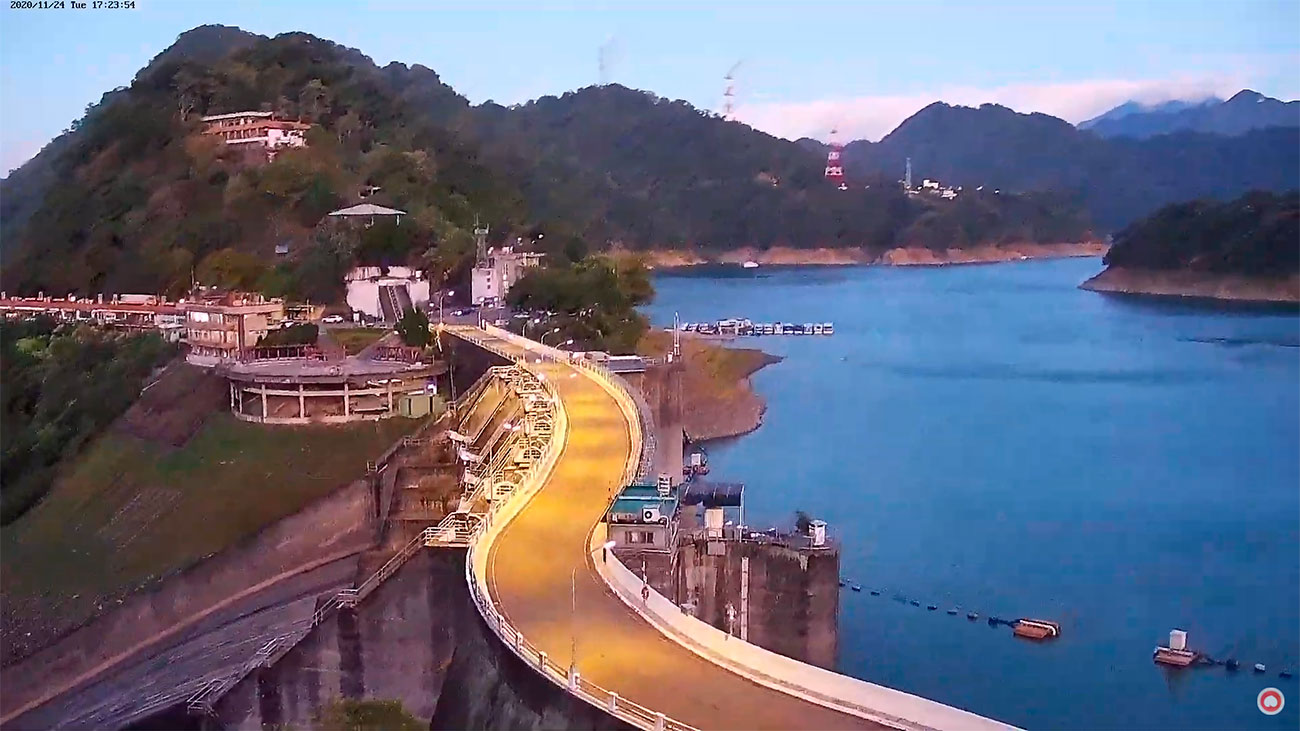 Shihmen Dam — the main stone dam in Taiwan, it is located on the Daan River and forms the third largest reservoir. Construction took more than nine years to be built and by 1964 it was completed. With the construction, it was possible to increase the harvest and rice and double the profit of agriculture. But many sharply criticize the project because of its high cost and because many people (more than 200 houses) had to leave their homes forever to free up space for construction.
Shihmen reservoir is a stone dam with a height of more than 133 meters and a length of 360 meters . The water level is 245 meters. On the territory is  not only the dam but also many different parks, bike paths, here you can book a walk along the reservoir, ride on lake yachts. During the rainy season, you can admire the discharge of water from the reservoir and with the arrival of spring , peaches, cherries and azaleas bloom here. Such a riot of colors of nature attracts a large number of tourists every year.
Interesting facts about Taiwan :
There are more than 150 rivers on the island.
It is very difficult to find an English-speaking person here , it is better to learn Chinese before visiting.
Taiwan is the last place in the world in terms of fertility, but oddly enough it is considered one of the most densely populated places .
The locals are called “Gaoshan”.
Military service here is mandatory for both women and men .
There are no embassies of other countries in Taiwan .
More than half of Taiwan’s territory is covered with forests and shrubs .