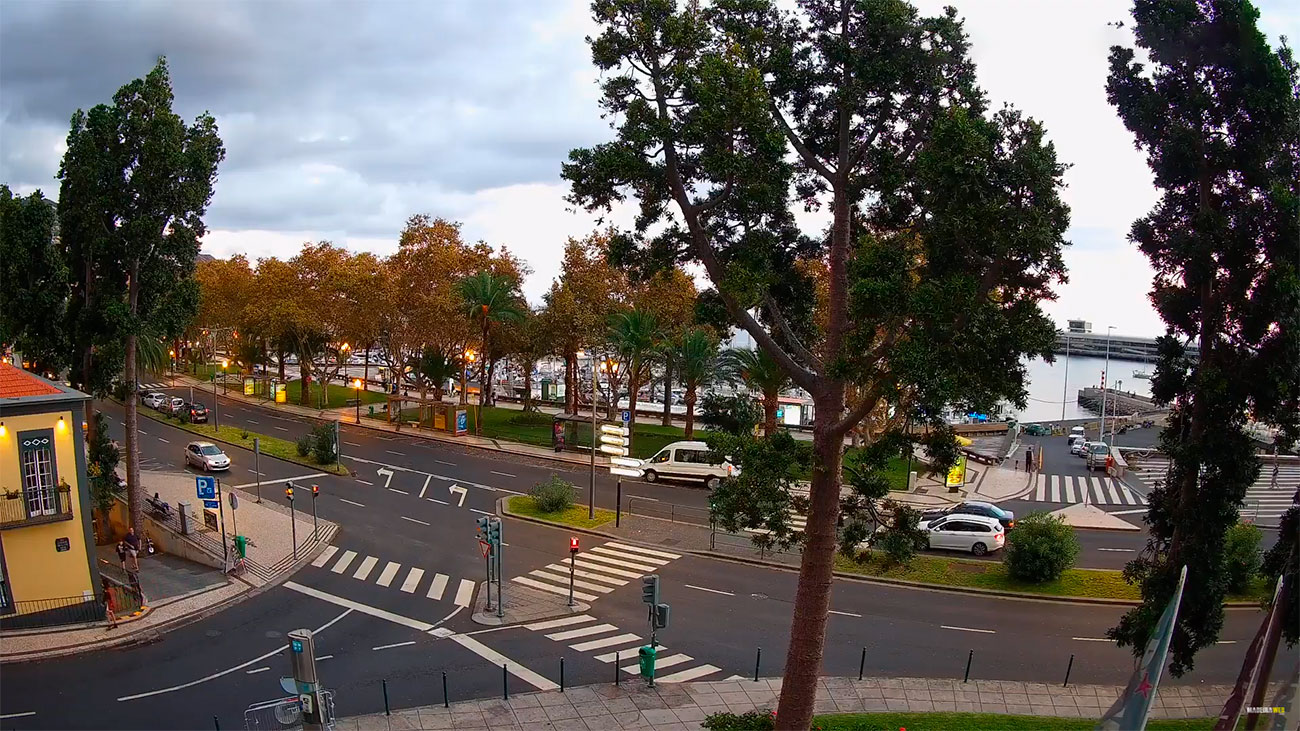 Avenida Do Mar is a long and Central promenade for walking in the capital of Funchal, Madeira island , where all the cafes , bars, restaurants, souvenir shops are located — there are parks nearby.

The city’s name comes from the fennel plant.which was originally dotted with this fragrant herb. The city is a major commercial port of the island of Madeira. The capital of Madeira is not large, so you can easily move around the city on foot. The island attracts tourists because the temperature of 20-25 degrees is kept all year round . The island is 741 square kilometers and the length of the coastline is 160 kilometers , but despite this, there are not many beaches because of the sheer cliffs.

Madeira is famous for its unique nature , there are ancient plant species.There is a pre-glacial forest and it is protected by UNESCO.Madeira island of flowers – there is a large abundance of orchids, in General, there are more than 2000 different species on the island.

In a mountain gorge not far from the capital is a very colorful place, the Valley of the Nuns-small houses that were built right on the walls of the gorge.

In 1453, grapes were brought to the island from the island of Crete, and from that moment winemaking became the hallmark of Madeira. The local wine is called Madeira, it is appreciated for its unusually rich aroma with a hint and aroma of nuts and caramel .By the way, at the moment this wine is produced not only here but also in the United States and in the Crimea.

Portuguese is the 6th most popular language in the world , although the population of Portugal is only 10 million.

Portugal’s borders have not changed since 1249.

1700 hectares of the island are occupied by vineyards.

The old town of Funchal can be reached in just half an hour.

The island rose from the ocean floor as a result of a volcanic eruption.

Madeirans are so fond of passion fruit that they grow it here with different flavors.

The most dangerous airport is recognized as the airport in Madeira.