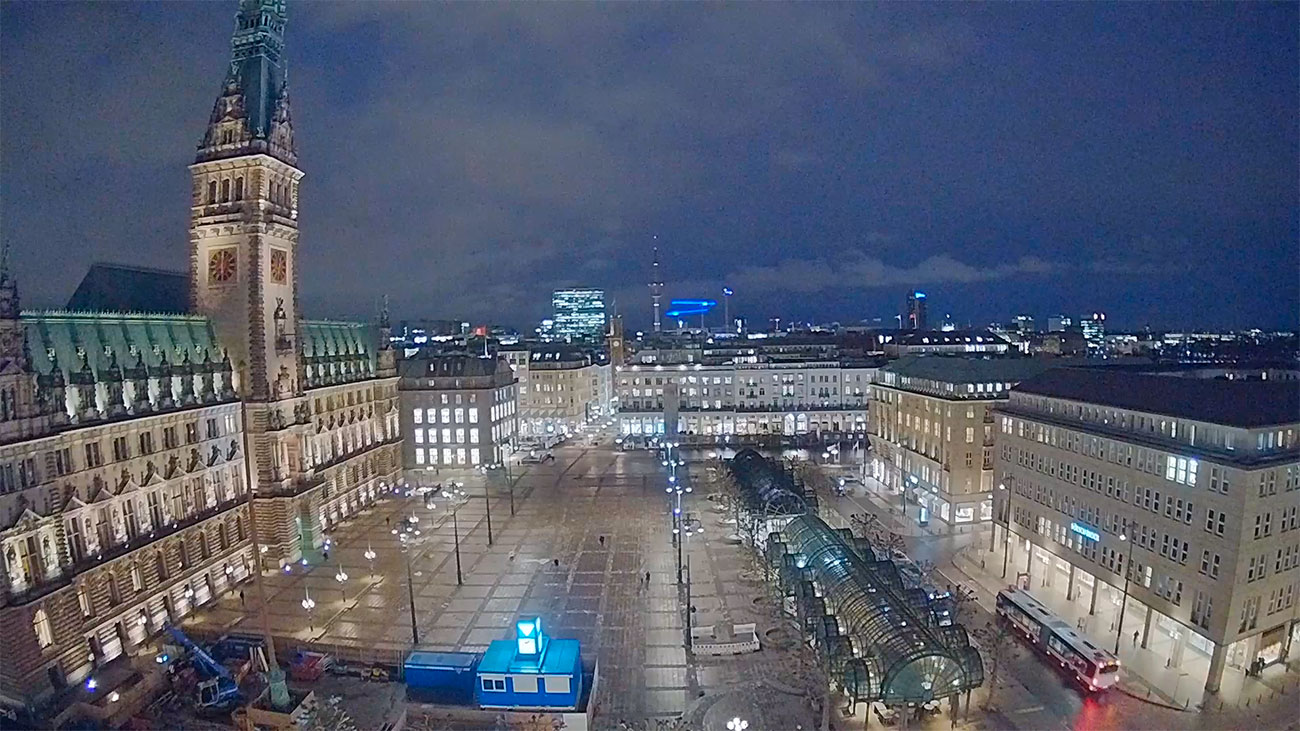 Hamburg  always been a major trading city in Europe .The fact is that it has a very favorable location , it is located at the confluence of the Elbe River in the North Sea.

The city has its own motto, which is written on the city hall, its poetic translation reads ” The freedom that our ancestors achieved for us, let our descendants keep with dignity and honor.” Hamburg is called the gateway to the world and it is even displayed on its coat of arms, the coat of arms depicts the gates of the city fortress. Hamburg was even a city state so it even has its own anthem.

But perhaps the most important building is the famous Hamburg Town Hall, it is on it that the camera looks .The town hall is considered the property of the city, despite the fact that the current town hall is not so long, in 1842 there was a fire that destroyed the old town hall to the ground.

More than 128 projects were submitted for the construction of the new town hall , the choice fell on the architect Martin Haller — who designed the Town Hall in the neo-Renaissance style.

The new town hall was built 44 years later. This building consists of 647 rooms ,the building has a tower whose height reaches more than 112 meters, and of course there is a clock on the town hall.

On the town hall between the windows there are niches in which sculptures of all 20 German kings are located.

In the town hall itself, there are also many interesting art objects . The ceiling of the staircase that leads to the senate is decorated with a series of paintings dedicated to all stages of the life of a citizen – Birth , childhood , education, army , wedding , civil oath , family life , work and death itself. All the paintings are made with gold paint.

All the columns in the hall of the town hall are decorated with portraits of famous Hamburg citizens.

By the way, now the city hall houses the senate, the city archive, the registry office, the library and public services.

You can get to the town hall in the first half of the day , at this time it is open to tourists.