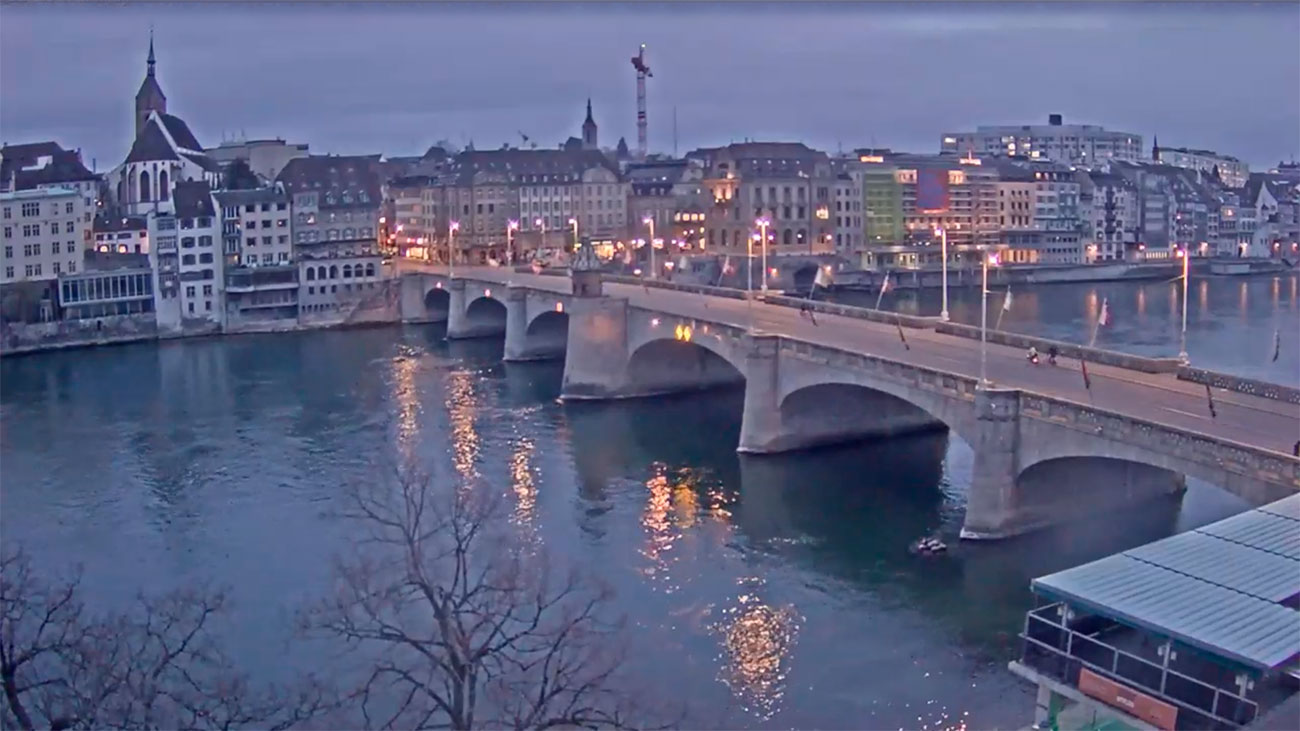 Basel is one of the three major cities in Switzerland, located on the River Rhine right on the border with Germany and France.

A little history of the city

The Rhine divides the city into two parts, Greater Basel and Lesser Basel. The historic city center is located in Greater Basel. Our camera looks at the bridge that connects the two parts of the city.

Perhaps the most famous local landmark is the Munster Cathedral. The monastery was built in the early 11th century and, as is often the case with old buildings, has been rebuilt many times. Now we see a Gothic building with a Romanesque interior. The 62-meter-high tower can be reached at an additional cost. At a height of is an observation deck from which you can see the French and German cities.

Another interesting place is the city gate. Once the entire city was protected by double walls , the first wall was erected in 1230, but as a result of an earthquake in 1356, a new wall with 40 towers was built for the growing city. Three gates remained of the fortifications.

The city hall stands out for its red color against the background of other buildings. The town hall was built in 1504-1514. The clock on the building was built in 1511 and the chancery was added in 1608. At the end of the 18th century, a tower was added. Above the entrance to the town hall is the coat of arms of the city. In the courtyard of the Town Hall stands a statue of the founder of Basel, Manutis Plancus.

Attractions in the city are much more than we can list.