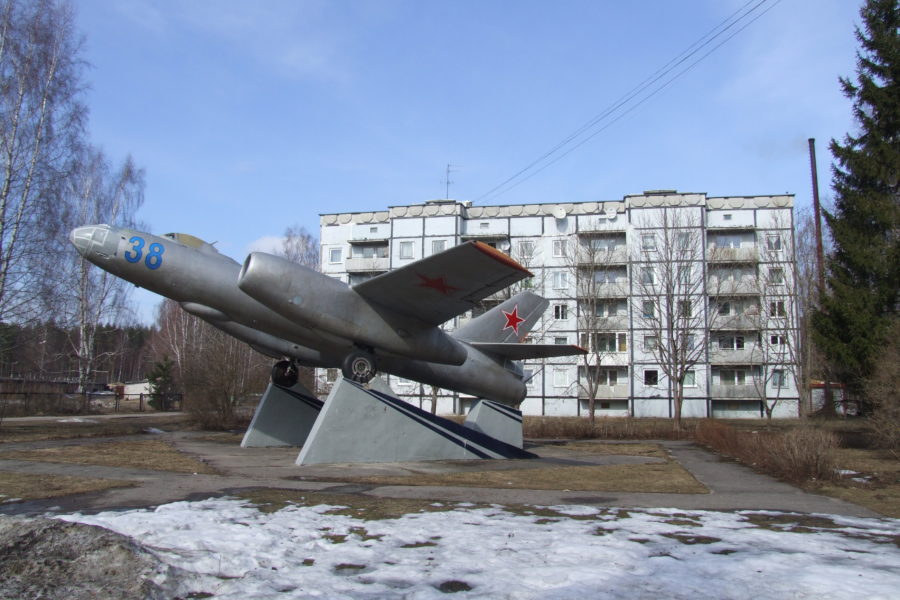 Once the city of Skulte was a military city. Here is located the aircraft of the 1st Guards “Klaipeda” torpedo-carrying aviation regiment. The aircraft was installed in the 60s on a pedestal.

The regiment took part in the war with Finland , participated in raids on Berlin .

This legendary regiment has 33 heroes of the Soviet Union.

In 2010, on the eve of May 9th, the monument was restored by the residents of the village. 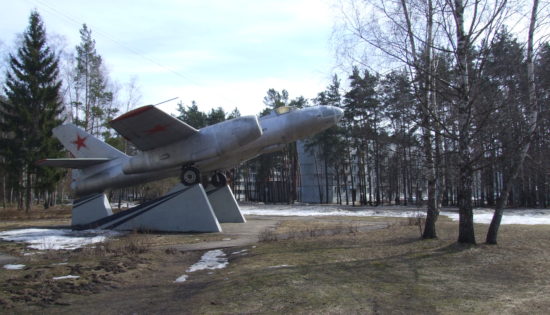