The building was built in 1763 in the Baroque style.But in the period from 1805 to 1806, it was rebuilt by architect Poncini in the classical style and acquired a second floor.Next to the front yard, outbuildings were built (a barn, a house of servants, a stable).Around 1880, the house was rebuilt again and at that time it received a Gothic look and a tower.
In 1962, it was rebuilt for the last time and it acquired its present appearance, but finally lost the facade and interior decoration.At the beginning of the 19th century, the estate began to create a garden and a park.
In 1927, the estate was occupied by the Ziedon School of Horticulture.In the 1950-60 years, a dormitory of the Latvian Agricultural College was located here. And already from 1967 to 1992, a tuberculosis hospital is located in the estate.
Since 1993, the estate has become the property of the Rkndal region and now stands abandoned. You can’t enter the estate, but you can look around the building. 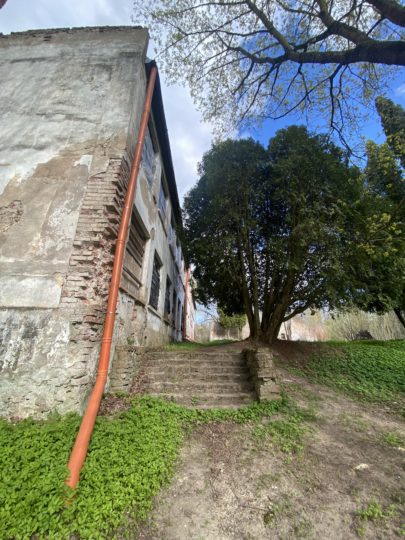 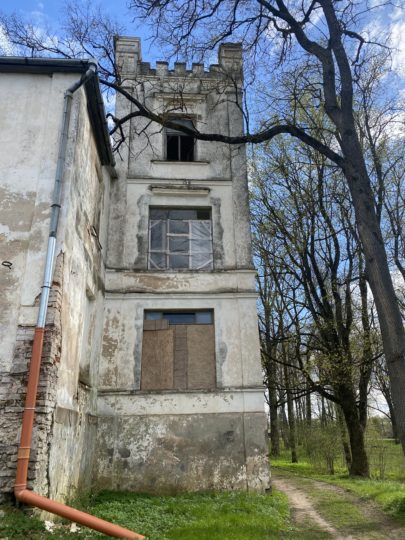 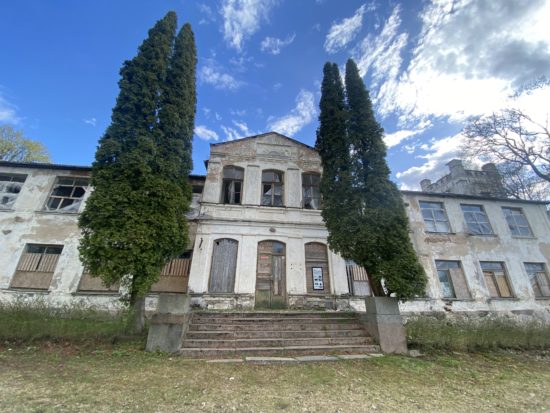