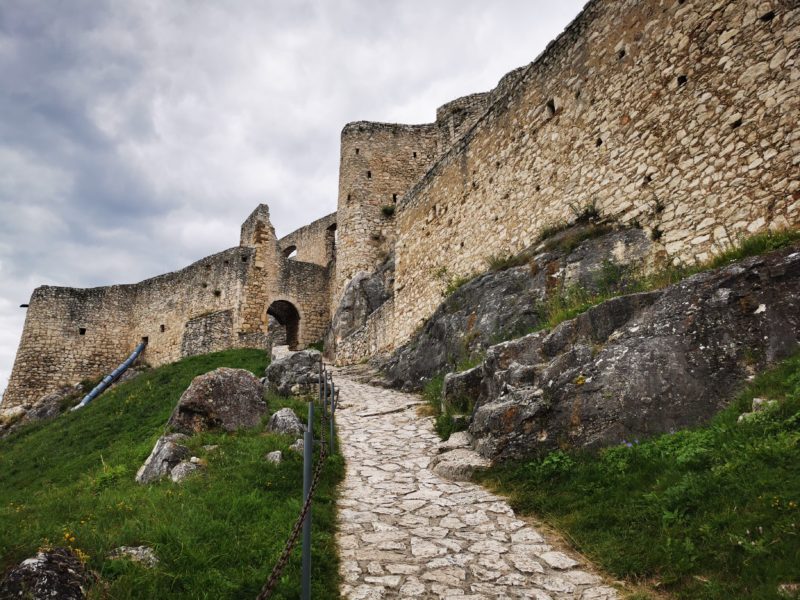 The largest castle in Slovakia. The castle was built in the 11th century and it stands on the top of the tuff mountain.Height on which the castle stands is 200 meters above sea level. The Slovaks themselves say about it “Neprístupné a nedobytné miesto!” – which in translation is not an accessible and inaccessible place!. Each owner of the castle then rebuilt it then completed any structures. The castle consists of a lower, upper and middle courtyard and a garden surrounded by castle walls (where you can walk). In the castle   you can see medieval weapons, a torture chamber and medieval interiors. In the garden there are cannons and partially preserved towers.

The castle is a UNESCO World Heritage Site.

There is a legend that the castle is haunted by the ghost of the noblewoman Hedwig – she was the nanny of the owner’s daughter. One day the nanny did not keep track of the girl and she was stolen by a villain disguised as a troubadour, the nanny rushed down from the castle wall and has been wandering there ever since and looking for the little girl.

But perhaps for what else is worth noting this castle, so for the stunning view of the surrounding area – hills , houses, villages. 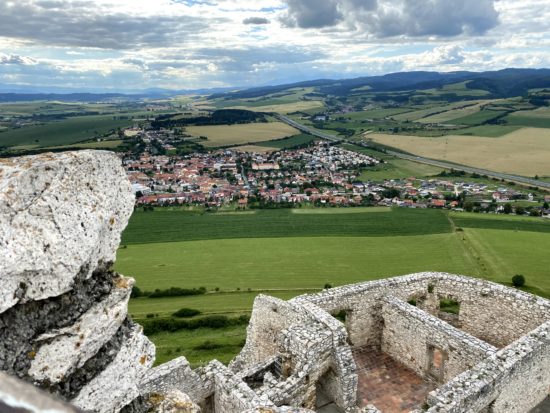