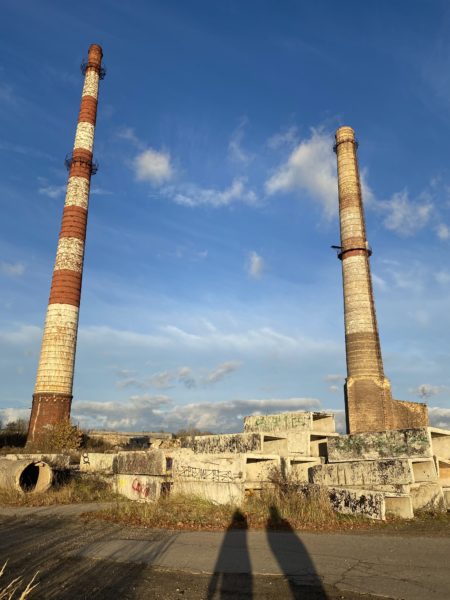 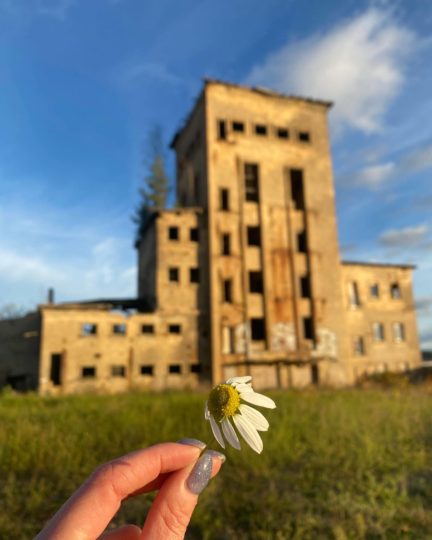 Postapocalypse in Halloween or Paper Factory in Sloka.

We think our readers know that we love to travel and share interesting places with you. So it’s Sunday and we should go to some place to take a walk and fly a drone at the same time. Landscapes of the sea are tired and the choice fell in favor of urban. Since Sloka is not far from Riga, we decided to go there.

History of the Factory.

In general, the city of Sloka was created by its industry. The history of the Sloki pulp and paper plant begins in 1896. During World War II, the factory was badly damaged and destroyed. After the war, the factory was rehabilitated and modernized because of its economic potential. Just think of it as a 40 hectares area. In 1965, the plant had 4 thousand workers producing 41 thousand tons of pulp and 67 thousand tons of paper each year. 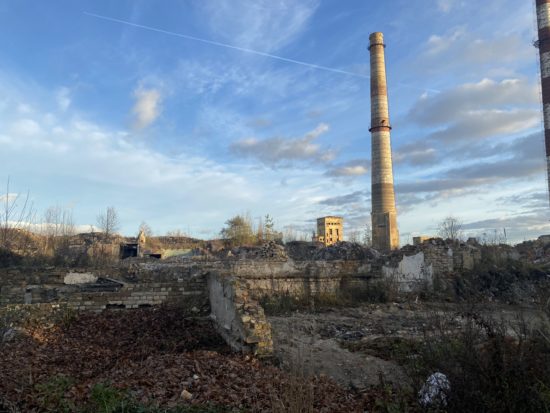 In the 1990 s, the factory owned 8 expensive paper–making machines, and it was the Sloka factory that provided perforated paper to the entire USSR. (* Perfcarts – medium of information from thin cardboard who are interested in details Google).

In 1994, the plant was closed due to many factors. Since the plant is located on the Lielupe River and the entire territory was polluted with production waste, this began to carry an environmental hazard. Well, it is also important that after the collapse of the USSR, privatization began, it was much easier to sell any former state ownership than to invest considerable finances in them. 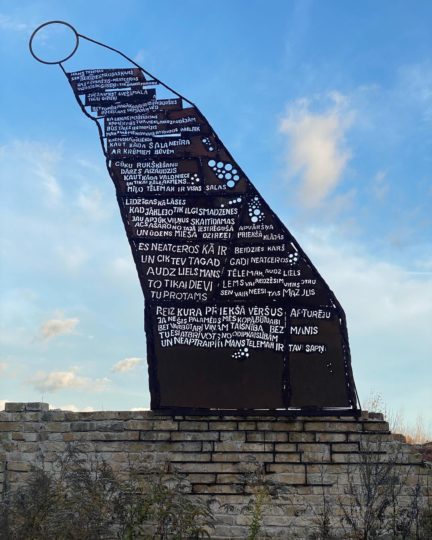 In 2004, the first attempts to do something began here, but due to the fact that this territory has more than 40 owners, the business stopped. In 2009, the Jurmala City Council and the Sloka planning group “Group 93” decided to resume their attempts to put the territory in order and even re-equip it. Unfortunately, this ended up simply with the demolition of 85% of the buildings.

Now we see the same production waste and the ruins of buildings that once worked. We want to note that 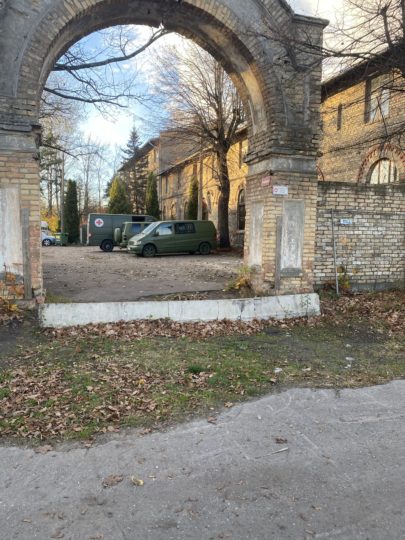 although there are no barriers anywhere, this is private property, they can make a remark for a walk. But we think it’s enough to be friendly and behave decently to avoid conflicts.

The location itself is suitable not only for lovers of urban walks, here you can take very interesting shots or record a video, where else can you find such a post-apocalyptic landscape?

Another interesting fact, walking along all this devastation and reaching the main gate of the plant (where, by the way, the original inscription in Latvian was preserved Paper and Pulp Mill Sloka, you will come out to the former administration building where the Ukrainian-Latvian friendship society is now located. Smile and friendliness always they open the doors and now we are already inside the building and we are shown the finds made here.The guys restored the clock that once hung on the main gate.All the valuable things were restored and preserved for the museum, which they plan to create. 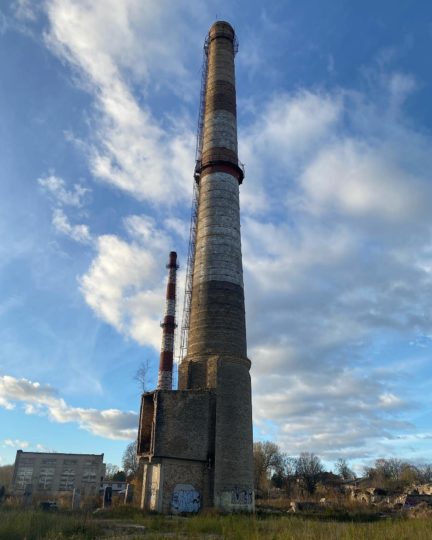 Also, go to the pipes, not only to admire the scope of the former greatness, take a closer look at one of the pipes. At a height of 47 meters there is a footbridge, from which thrill-seekers jump. Not only do you need to jump from there (naturally, they jump with insurance) – the first task for you will be to climb to that very little bridge on your own. This jump is both a moral and physical test.Such a walk stood out, unusual – in some ways historical, in some ways frightening (by its kind of devastation), but definitely interesting.

Also, this place with detailed coordinates is available in our guide.

If you want to see an overview of any place in Latvia feel free to contact us via the contact form.